10 women who changed the world

These women reshaped the world in ways you might not have known.

Women’s Equality Day is celebrated on August 26 in the United States, marking the passage of the 19th Amendment which granted women the right to vote as well as women’s ongoing efforts toward full equality.

Here’s a look at the day’s history and how it’s celebrated:

When is Women’s Equality Day celebrated?

Women’s Equality Day is celebrated on August 26. This year, the date falls on a Thursday. 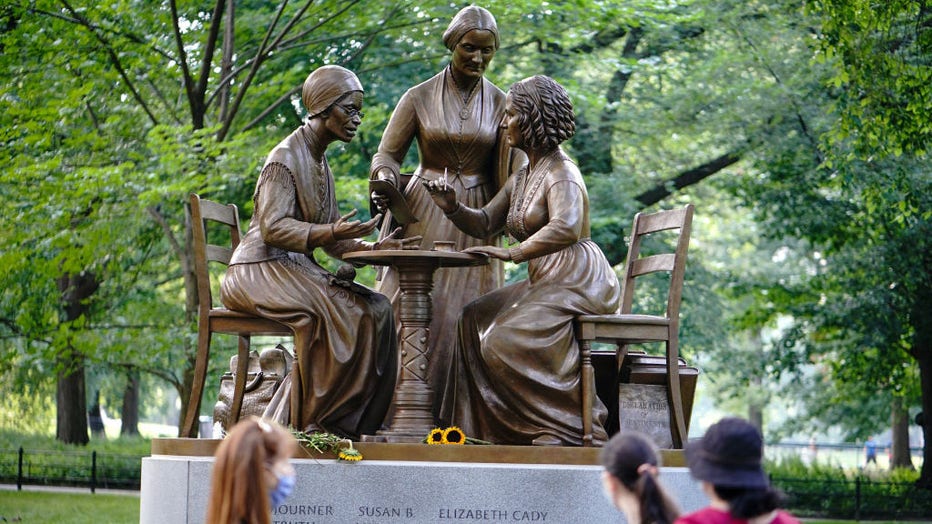 Why is August 26 known as Women’s Equality Day?

While the 19th Amendment gave women the right to vote nationally on Aug. 18, 1920, it wasn’t certified until Aug. 26, 1920, when U.S. Secretary of State Bainbridge Colby signed a proclamation at 8 a.m. at his own house in Washington, D.C., according to the National Constitution Center.

Decades later, on the heels of the 1970 nationwide Women’s Strike for Equality, Rep. Bella Abzug, D-N.Y., introduced a resolution in 1971 to designate August 26 as "Women’s Equality Day" — which passed in 1973.

"The date was selected to commemorate the 1920 certification of the 19th Amendment to the Constitution, granting women the right to vote. This was the culmination of a massive, peaceful civil rights movement by women that had its formal beginnings in 1848 at the world’s first women’s rights convention, in Seneca Falls, New York," the National Women's History Alliance states on its website.

How is Women’s Equality Day commemorated?

The observance of the day marks the passage of the 19th Amendment and calls attention to women’s continuing efforts toward full equality in the United States.

The resolution passed by Congress says that "the President is authorized and requested to issue a proclamation annually in commemoration of that day in 1920, on which the women of America were first given the right to vote, and that day in 1970, on which a nationwide demonstration for women’s rights took place."

Following passage in Congress in 1973, Nixon again issued a proclamation for the day, which stated, in part: "The struggle for women's suffrage, however, was only the first step toward full and equal participation of women in our Nation's life. In recent years, we have made other giant strides by attacking sex discrimination through our laws and by paving new avenues to equal economic opportunity for women."

It continued: "Today, in virtually every sector of our society, women are making important contributions to the quality of American life. And yet, much still remains to be done. American women, though they represent a majority of our population, still suffer from myriad forms of discrimination."

Since Nixon, every U.S. president has issued a proclamation designating August 26 as Women’s Equality Day.

Former President Barack Obama said in 2016: "On Women's Equality Day, as we recognize the accomplishments that so many women fought so hard to achieve, we rededicate ourselves to tackling the challenges that remain and expanding opportunity for women and girls everywhere."

In 2020, former President Donald Trump said: "On Women’s Equality Day, we honor all of the women who inspire and improve our Nation. Their talent and hard work strengthen our economy, our families, and our communities, and sustain our unique American way of life."

How is Women’s Equality Day being celebrated in 2021?

Several organizations, workplaces, universities and more commemorate the day and participate in Women’s Equality Day programs. Many use #WomensEqualityDay on social media.

The Department of Defense said it aimed to mark the occasion by "shining a spotlight on military women in leadership positions who work to inspire others within their ranks and across the world."

The Pratt Institute, one of the country’s top art, design, architecture colleges in Brooklyn, New York, shared a history of the private university in honor of the day.

"When Pratt Institute opened in 1887, it was among the first colleges in the nation to admit and educate women alongside men," the college wrote on Twitter, alongside archive images of students. "The faculty also included female instructors who educated students in the industries blossoming at the turn of the century."

Michelob Ultra announced it would commit $100 million over the next five years to increase visibility for women's sports.

"As one of the top-selling beer brands in the country, Michelob ULTRA believes that every athlete deserves to experience an equal level of joy in sports. But women's sports don't always receive the same level of coverage in the media, which is a critical factor in ensuring that female athletes are paid equally," the company said in a statement.