SAN FRANCISCO - Thousands turned out for events around Bay Area on Saturday to mark the fourth annual Women's March.

Nationwide, hundreds of marches took place as part of a movement to harness the political power of women. The first march took place on Jan. 21, 2017 the day after the inauguration of President Donald Trump, to protest what many consider his offensive comments about women.

In Oakland, a march began at 10 a.m. from Oakland City Hall, at 1 Frank Ogawa Plaza, followed by a rally.

In San Francisco, a rally and march started at 11 a.m., and featured Mayor London Breed and a performance from Schulyer Sisters from "Hamilton". The rally was at Civic Center Plaza, 355 McAllister Street.

A march in San Jose started at City Hall, 200 E. Santa Clara St., and was followed by a rally at the Arena Green, W. Santa Clara and S. Autumn streets.

In Contra Costa County, a rally and march started at 11 a.m., at Civic Park in Walnut Creek, Broadway and Civic Drive.

In the Tri-Valley area, a rally began at 2:15 p.m., and was followed by a march from Amador High School, 1155 Santa Rita Road in Pleasanton. 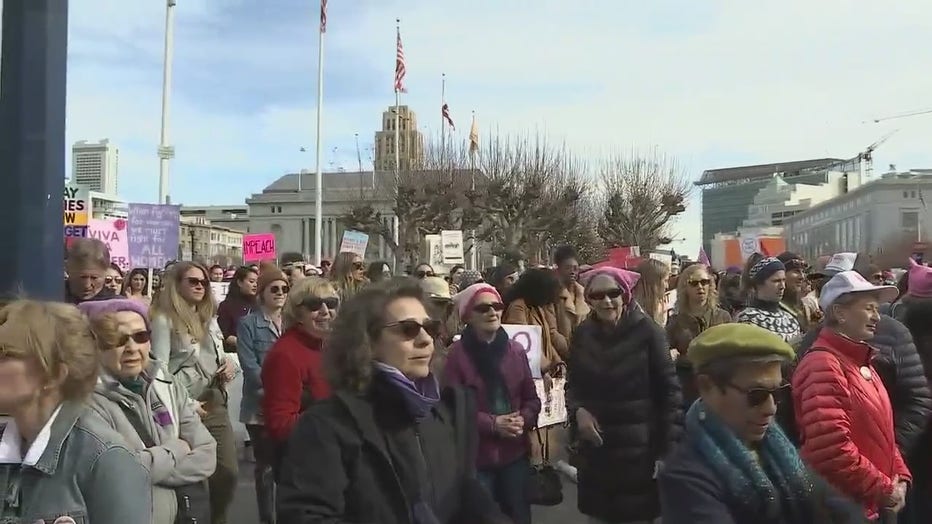