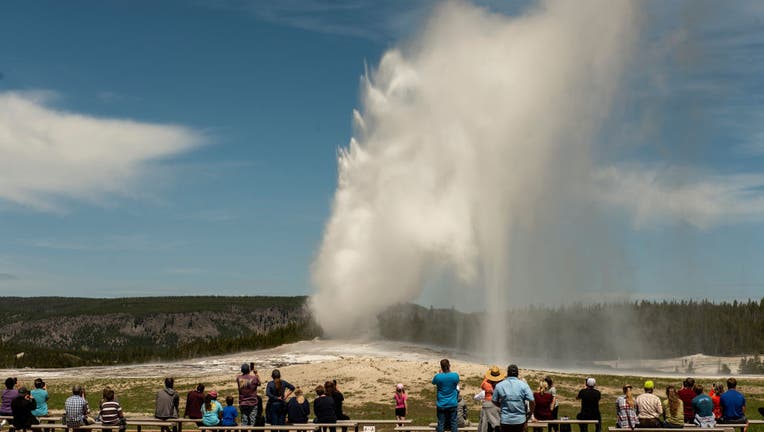 Local authorities have not reported any injuries or damage.

According to the Billings Gazette, the earthquake was felt as far away as Cody, Wyoming and Bozeman, Montana.

The park’s website says that Yellowstone "is one of the most seismically active areas in the United States" with approximately 700 to 3,000 earthquakes occurring each year in the area. Geologists said that’s due to the numerous faults associated with surrounding volcanoes and tectonic plates.

The park also experiences "earthquake swarms" which is a series of earthquakes over a short amount of time in one general area.

Passengers were stuck in a swaying cable car when a powerful earthquake was felt in Mexico City on September 7, 2021. Credit - Gilberto Romero Glez via Storyful

Park rangers recalled some of the park’s more noticeable earthquakes. On March 30, 2014, a 4.8-magnitude struck the area. On June 16, 2017, a 4.36 quake was located about nine miles north-northwest of West Yellowstone, Montana.