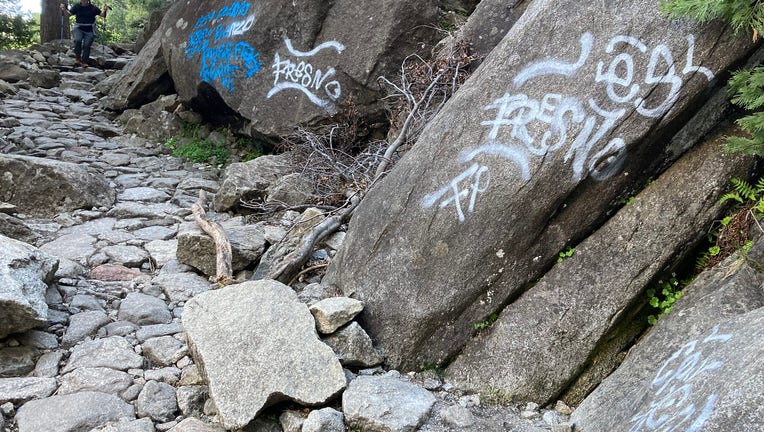 Yosemite National Park officials are seeking the public’s help in locating those responsible for graffiti painted along a popular trail in the park.

Park rangers began receiving reports of the graffiti around 8:15 p.m. local time on May 20 along the Yosemite Falls Trail, one of the park’s oldest historic trails that leads to the top of North America’s tallest waterfall.

In assessing the damage, rangers found about 30 sites along the Yosemite Falls Trail spray painted with white and blue graffiti, officials said Sunday in a post on Facebook.

Photos shared by park officials show rocks with the words "Fresno," along with other graffiti. The vandalism ranged in size from one foot by one foot to as large as eight feet by eight feet.

"If you were on the trail to the top of Yosemite Falls between 6 pm and 11 pm on May 20, 2022, and saw individuals carrying cans of spray paint, engaging in tagging, or have video or photographic evidence, please let us know by visiting go.nps.gov/SubmitATip," Yosemite National Park officials said in the statement.

May 20 was also the first day of required reservations for visiting most of Yosemite National Park during the busy summer season. Such a reservation is needed to drive into the park during peak hours of 6 a.m. to 4 p.m. through Sept. 30, 2022.

"Graffiti is vandalism, and is extremely difficult to remove. Repair of vandalized sites, if possible, is costly and time consuming, and often cannot restore the site to its former condition," the National Park Service states on its website.

Under the U.S. Code of Federal Regulations, it’s prohibited to destroy, injure, deface, or damage national park property. Vandalism of national parks is a federal misdemeanor and is punishable by three to six months in prison and as much as a $500 fine. 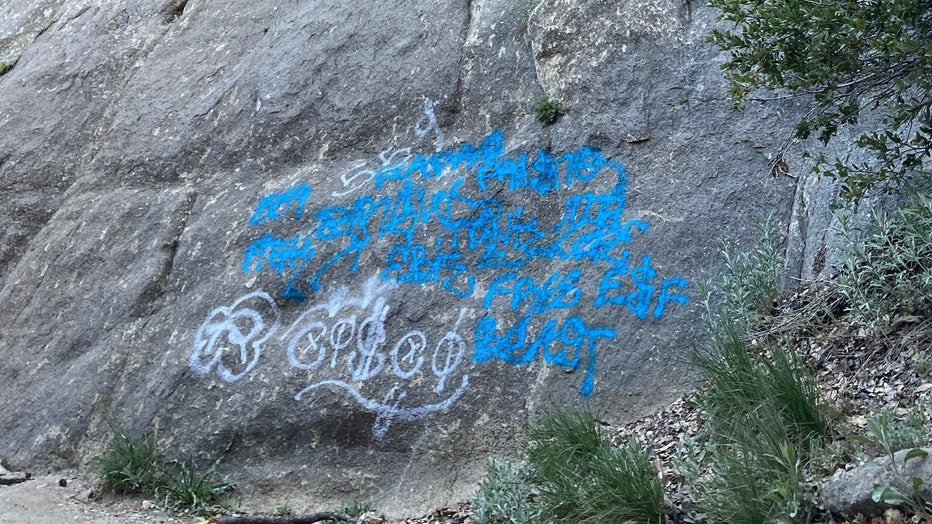 Earlier this year, officials with Big Bend National Park in Texas shared details about vandalism on a panel of ancient petroglyphs.

"Big Bend National Park belongs to all of us. Damaging natural features and rock art destroys the very beauty and history that the American people want to protect in our parks," said Big Bend National Park Superintendent Bob Krumenaker in a statement at the time. "With each instance of vandalism, part of our Nation's heritage is lost forever."

Park officials noted an increase in vandalism and graffiti in recent years, saying over 50 instances had been reported since 2015.