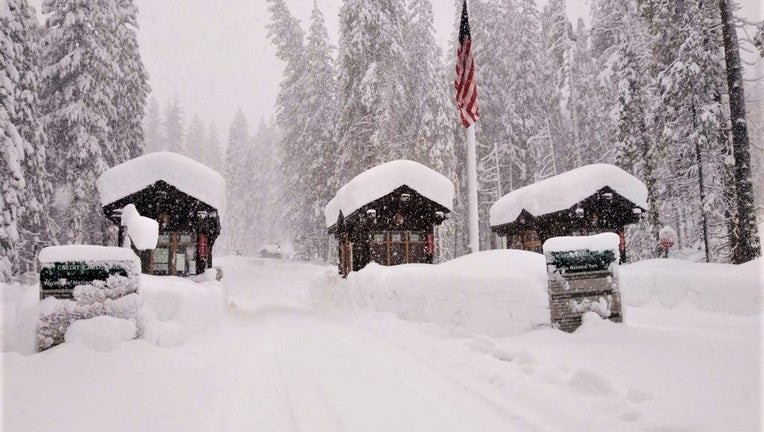 YOSEMITE NATIONAL PARK, Calif. - After a series of winter storms with powerful winds and heavy snowfall forced park officials to close for nearly two weeks, Yosemite National Park reopened Monday ahead of a temporary reservation system that begins next week.

At least 15 giant trees in the Mariposa Grove of Giant Sequoias at the park’s southern end toppled during the Jan 19 wind event. Then in the high country a week later, park officials said they measured 82 inches of new snow in less than four days at Tuolumne Meadows.

The Yosemite Valley also felt the atmospheric river that pummeled the Sierra Nevada last week. Heavy, wet snow brought down trees and branches in the park's most trafficked area, causing damage to facilities and vehicles. No injuries were reported.

As crews work to mitigate hazards and clear roads, tire chains are required at all times, even for four-wheel drive vehicles. The only access to the park on Monday was at the Highway 140 entrance.

Big Oak Flat Road, or Highway 120 from the west, is expected to remain closed for several days as officials clear road hazards. Wawona Road, or Highway 41, is closed until further notice. Hetch Hetchy Road is open.