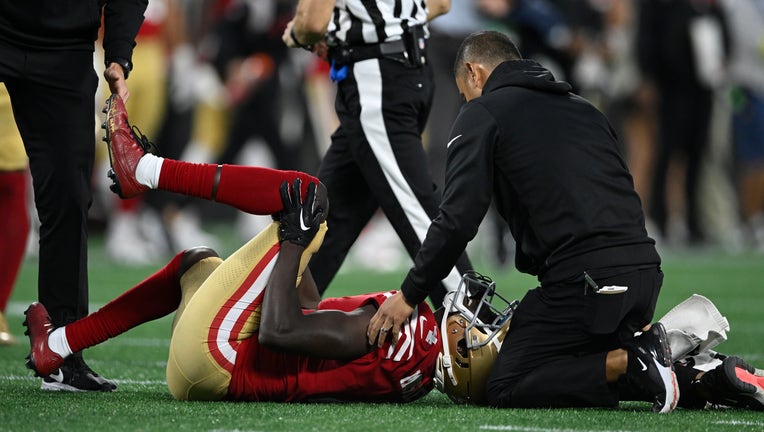 CHARLOTTE, NORTH CAROLINA - OCTOBER 09: Emmanuel Moseley #4 of the San Francisco 49ers on the field with an injury during the second half in the game against the Carolina Panthers at Bank of America Stadium on October 09, 2022 in Charlotte, North Car

The San Francisco 49ers dominant win over the Carolina Panthers on Sunday was a costly one. A slew of Niners went down with injuries, but the teams worst fears, a season ending injury, came true on Monday.

Moseley will have surgery and be out for the remainder of the season according to the report.

Moseley landed awkwardly after defending a deep pass by Panther Quarterback Baker Mayfield late in the fourth quarter. He immediately clutched his left knee before eventually limping off the field with the training staff.

Mosley is playing one of the best seasons of his career. Through five games, Moseley recorded 21 tackles and one interception.

Nick Bosa, Jimmie Ward, and Robbie Gould also suffered injured on Sunday. The 49ers did not said if Bosa, Ward or Gould will be available for the 49ers next game on Sunday in Atlanta.