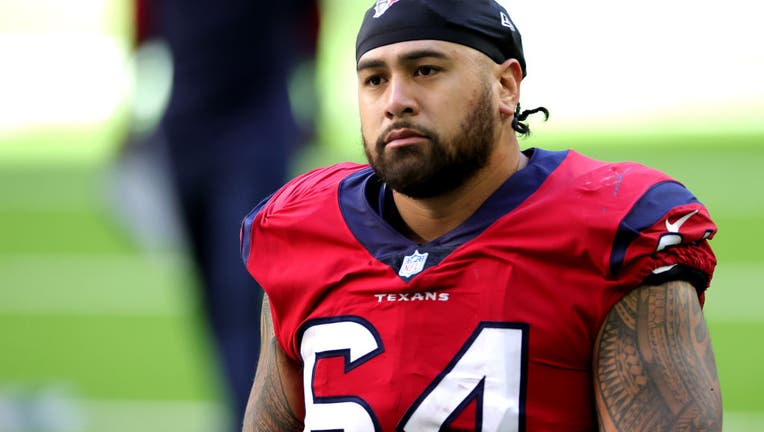 HOUSTON, TEXAS - DECEMBER 06: Senio Kelemete #64 of the Houston Texans looks on against the Indianapolis Colts at NRG Stadium on December 06, 2020 in Houston, Texas. (Photo by Carmen Mandato/Getty Images)

The 49ers waived offensive lineman Justin Skule with an injury designation Friday to make room on the roster.

Kelemete was originally drafted by Arizona in the fifth round in 2012 and has played 88 games in nine seasons with the Cardinals, New Orleans and Houston.

Skule was a sixth-round pick in 2019. He has played 31 games the past two years but went down with a torn ACL in practice on Monday.