49ers trade to move up in NFL draft

The news was announced Friday.

SANTA CLARA, Calif. - The San Francisco 49ers have made a big move to grab their quarterback of the future by trading up with Miami for the No. 3 pick in next month's draft.

A person familiar with the deal says the Niners are trading their No. 12 pick along with first-round picks in 2022 and 2023 and a third-rounder in 2022 to get the third pick. The person spoke on condition of anonymity because the deal hadn't been announced.

The Dolphins then immediately traded the 12th pick, the 123rd pick and a 2022 first-rounder to Philadelphia for the No. 6 and No. 156 pick in the draft, the Eagles announced. 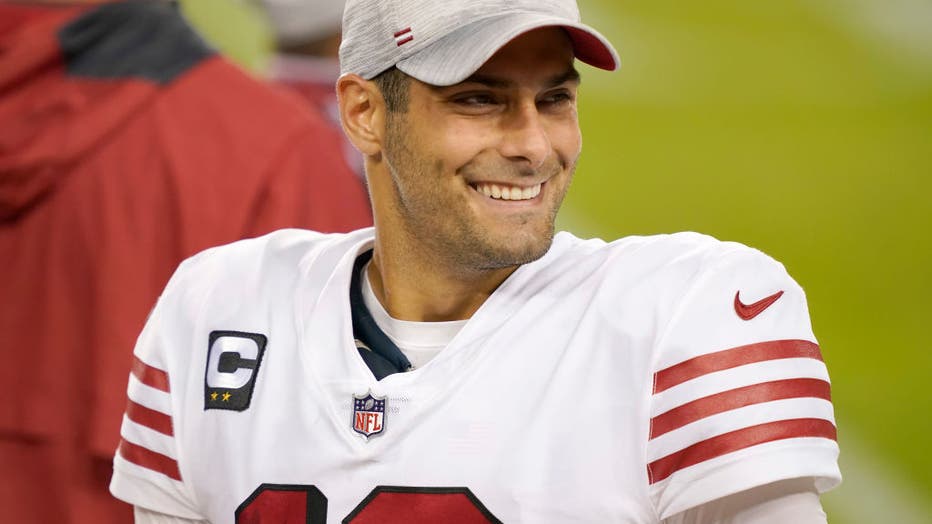 The trade by the Niners puts them in position to draft a quarterback with Zach Wilson, Justin Fields and Trey Lance all possibilities. Jacksonville is expected to take Trevor Lawrence first and the New York Jets also could take a quarterback at No. 2.

Drafting a quarterback would likely lead to the end of Jimmy Garoppolo's tenure in San Francisco either in a trade this season or after a year if the Niners opt to keep a veteran to help ease the transition for a rookie QB.

San Francisco acquired Garoppolo midway through the 2017 season from New England for a second-round pick and gave him a $137.5 million, five-year contract the next offseason.

Garoppolo helped the Niners reach the Super Bowl in the 2019 season, but he missed 23 starts the other two seasons because of injuries. That contributed to San Francisco’s desire to find a more dependable option at quarterback in coach Kyle Shanahan’s offense.

For the Dolphins, the trade signals they’re not in the market for another potential franchise quarterback, and will stake their future on Tua Tagovailoa. He was the No. 5 overall pick last year and went 6-3 as a rookie starter.

Instead, Miami is taking a long-term approach toward addressing its many needs after going 10-6 last year, but missing the playoffs for the fourth season in a row. The Dolphins have stockpiled draft picks since beginning a rebuilding project when Brian Flores was hired as coach two years ago. The Dolphins have two first-round picks and two second-round picks this year, an extra third-rounder in 2022 and two first-rounders in 2023.

By trading away the No. 3 overall pick, the Dolphins gave up their primary bargaining chip in a potential deal to acquire Deshaun Watson. They had been widely expected to pursue the Houston Texans’ disgruntled three-time Pro Bowl quarterback if he goes on the trade market, but he has been accused of sexual assault and harassment in lawsuits filed by 16 women, making a deal unlikely for now.