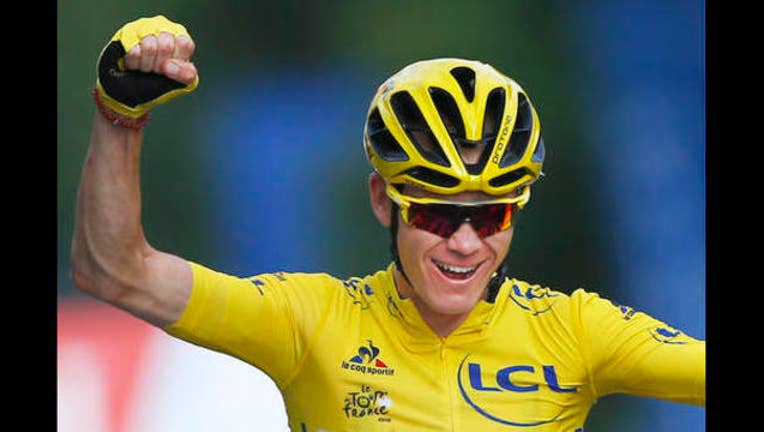 The Kenyan-born British rider finished safely at the back of the main pack during the final stage, arm-in-arm with his teammates during the mostly ceremonial final stage ending on the Champs-Elysees.

At the start of the stage, Froome dropped back to his Team Sky car to collect bottles of beer and distributed them to each of his eight teammates for a celebratory round.

Then it was time for the traditional flute of Champagne.

Froome rode a yellow bike to go with his yellow jersey, helmet, gloves and shoes. His teammates had yellow stripes on their jerseys and yellow handlebars on their bikes.