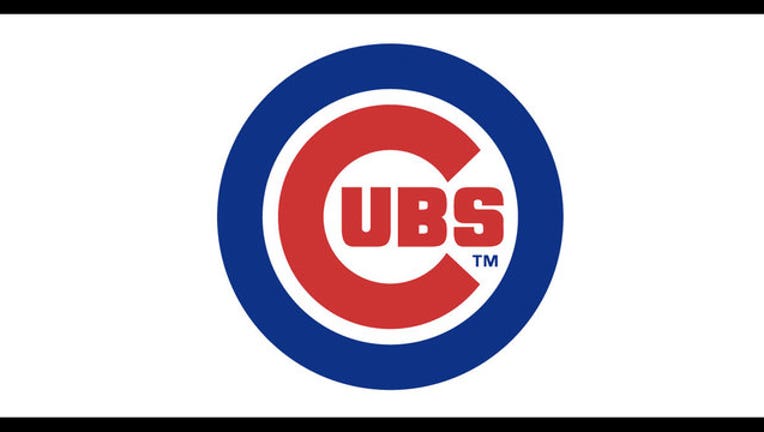 CHICAGO (AP) - The Chicago Cubs acquired hard-throwing reliever Aroldis Chapman in a trade with the New York Yankees on Monday, giving the NL Central leaders a boost as they try for their first World Series title in more than a century.

The Cubs paid a steep price, parting with top shortstop prospect Gleyber Torres and versatile pitcher Adam Warren in the four-player package going to the Yankees. Chapman also faced a domestic violence allegation in the offseason that cost him a 29-game suspension, and the left-hander is eligible for free agency after this year.

But there is no doubting the talent of the 28-year-old Chapman, who went 3-0 with a 2.01 ERA and 20 saves in 31 games with New York. He threw a 105.1 mph fastball to Baltimore's J.J. Hardy last Monday night, matching the fastest since Major League Baseball began tracking speeds in 2008.

With lefty-batting sluggers Bryce Harper of Washington and Brandon Belt of San Francisco possibly looming in the playoffs, the addition of Chapman gives manager Joe Maddon one of the majors' top assets when in need of a late strikeout.

"Obviously, we are aware of the circumstances surrounding Aroldis Chapman's suspension earlier this season," Cubs Chairman Tom Ricketts said. "I shared with him the high expectations we set for our players and staff both on and off the field. Aroldis indicated he is comfortable with meeting those expectations."

New York had won six of eight heading into Monday night's game at Houston, but it still faces long odds of getting to the playoffs. All-Stars Andrew Miller and Dellin Betances are still at the back of the bullpen, allowing the Yankees to trade Chapman now and still consider trying for the postseason depending on how they fare ahead of the Aug. 1 non-waiver trade deadline.

"This was an easy call, and this was the right call," general manager Brian Cashman said. "Easy because we traded from an area of strength, and we are excited with the players we received for a player who was only under control for two more months."

The Yankees made the decision to trade Chapman after his agents said he would not agree to a new contract that would start in 2017, a person familiar with the talks said. The person spoke on condition of anonymity because no public statement on those talks was authorized.

If New York slips back any further, it could engage in a rare sell-off for the franchise. Miller, who is signed through 2018, also could be traded. Outfielder Carlos Beltran, first baseman Mark Teixeira and pitcher Ivan Nova are eligible for free agency after the season and could be sought by contenders.

"I think when the right buy or sell circumstance presents itself, this department will be making a recommendation to ownership and they will tell us what they want," Cashman said.

Chapman quickly turned into one of baseball's most dominant relievers when he broke into the majors in 2010 with Cincinnati. He threw the 62 fastest pitches in the major leagues last season, ranging from 103.92 to 102.36 mph.

Chapman saved 146 games with a 2.17 ERA in six years with the Reds before he was traded to New York last December after a deal with the Los Angeles Dodgers fell through when it was learned Florida police investigated an accusation of domestic violence involving the Cuban pitcher.

Prosecutors declined to file charges, citing conflicting accounts, and Chapman was suspended for the first 29 games of the season, losing $1,856,557 of his $11,325,000 salary. He was the first player penalized a finite number of games under Major League Baseball's domestic violence policy.

"I regret that I did not exercise better judgment and for that I am truly sorry," Chapman said in a team statement Monday. "Looking back, I feel I have learned from this matter and have grown as a person. My girlfriend and I have worked hard to strengthen our relationship, to raise our daughter together, and would appreciate the opportunity to move forward without revisiting an event we consider part of our past."

Chapman and Cubs first baseman Anthony Rizzo also got into a heated argument in the ninth inning of a July 2014 game, but Rizzo said last month he was fine with the idea of acquiring the reliever as Chicago tries to reach the World Series, which it hasn't won since 1908.

The Yankees also received minor league outfielders Billy McKinney and Rashad Crawford in the trade for Chapman. McKinney, a first-round pick in the 2013 draft, was acquired along with All-Star shortstop Addison Russell in the 2014 deal that sent pitchers Jeff Samardzija and Jason Hammel to Oakland.

Warren was drafted by New York and made his major league debut with the Yankees in 2012. He was traded to Chicago in the December deal that moved infielder Starlin Castro from the Cubs to the Yankees.

Jay Cohen can be reached at http://www.twitter.com/jcohenap