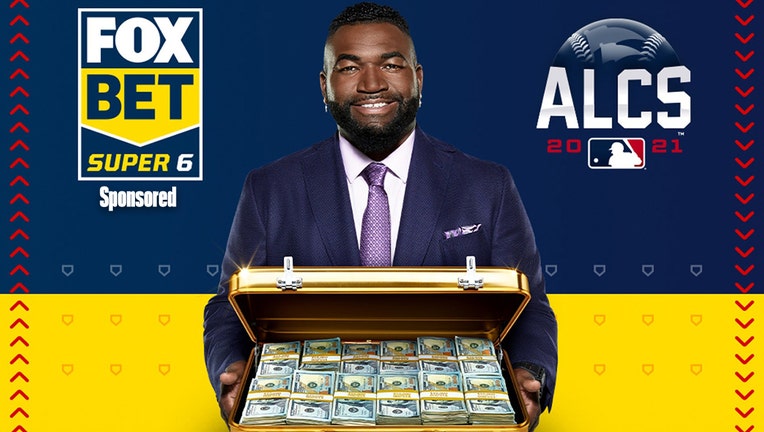 Game 2 of the American League Championship Series on Saturday was a demonstration of the power that the Boston Red Sox can flex in their lineup.

The grand slams by J.D. Martinez and Rafael Devers in the first two innings, followed by Kike Hernandez’s solo shot in the fourth, gave the Red Sox a 9-5 win and evened the series as it moved back to Boston for Game 3 on Monday night (7:30 p.m., FS1).

If the Houston Astros are going to grab control of the series, they will need a better effort from their pitching staff. Houston has not gotten any length from their Game 1 and Game 2 starters – Framber Valdez and Luis Garcia. If the bullpen gets taxed again in Game 3, then this series may not return to Texas for Game 6.

And no matter how Game 3 plays out, you could win big yourself absolutely for free with FOX Bet Super 6! Just answer six questions correctly about Monday night's game, and you could win the grand prize of $10,000 of Big Papi's money.

It’s quick, easy and fun – just download the FOX Bet Super 6 app on your phone or mobile device and make your picks!

Here are the questions for Game 3, along with some quick thoughts and a prediction on each answer.

The biggest blow of this series could end up being Martinez’s grand slam, which seemed to end Game 2 before the Astros ever saw the plate.

And yet, it is almost impossible to go against the hottest hitter on the planet right now in Hernandez, who continues to be scorching.

The Astros are making more contact than the Red Sox in this series. Boston’s pitchers have struck out 14 hitters through the first two games while Houston has struck out 22 hitters out of the 54 out that they’ve gotten.

These AL playoffs have been typified by early exits from starters, who just aren't getting a lot of innings. If that's the case once again in Game 3, both tired bullpens will get a lot of work, and that’s when hit numbers could rise.

Which team will have the most runners left on base and how many will they have?

Boston’s early offensive explosion in Game 2 seemed to change the entire flow of the game, for both sides. The Red Sox's bats seemed less productive later in the game, and so the number of men left on base went down.

If you expect a better-pitched game out of Houston in Game 3 by Jose Urquidy, then there’s a chance Boston’s LOB numbers go up from six.

Astros, Red Sox or tie, with ranges from 1 to 9-plus

Boston has doubled up the Astros in this category – literally. The Red Sox have ten extra base hits through two games, with five doubles and five homers. The Astros have four homers and one double.

With the series moving to Fenway, the potential for more in the big alley in right center could see that number rise.

Astros or Red Sox, with ranges from 1 to 9-plus