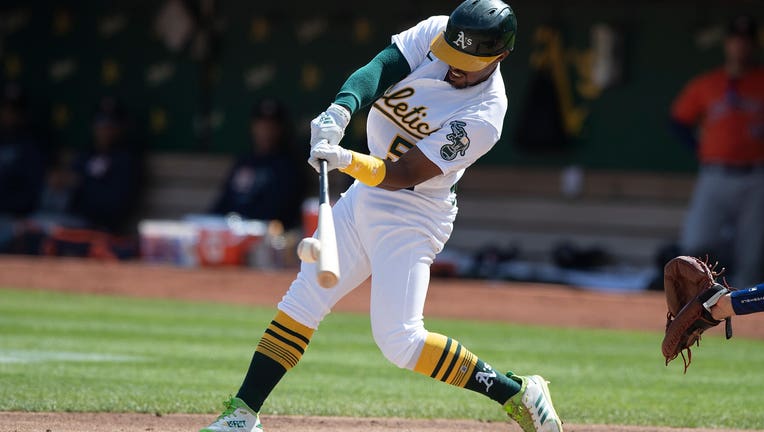 OAKLAND, CALIFORNIA - SEPTEMBER 26: Tony Kemp #5 of the Oakland Athletics hits an RBI single against the Houston Astros during the second inning at RingCentral Coliseum on September 26, 2021 in Oakland, California. (Photo by Jason O. Watson/Getty Ima

OAKLAND, Calif. - The start of the baseball season is always a time to be optimistic, but it's hard to talk about the 2022 Oakland A's without first mentioning who's no longer here.

Through the draft, and some smart trades, the A's acquired a core of young players who management said would be around for the long haul.

Fans were asked to dream of a new waterfront ballpark with veterans Matt Chapman and Matt Olson on the corners of the infield. Then this off-season, in moves all too familiar to their long-time followers, within a week, Olson was traded to the Braves, and Chapman was traded to the Blue Jays.

Watch KTVU FOX 2 and KTVU.com for a special newscast from the Oakland Coliseum on Monday, April 18 at 4 p.m. ahead of the A's home opener.

Prior to those deals, all-star pitcher, Kris Bassitt was traded away, and right before Opening Day, Sean Manaea became a San Diego Padre. 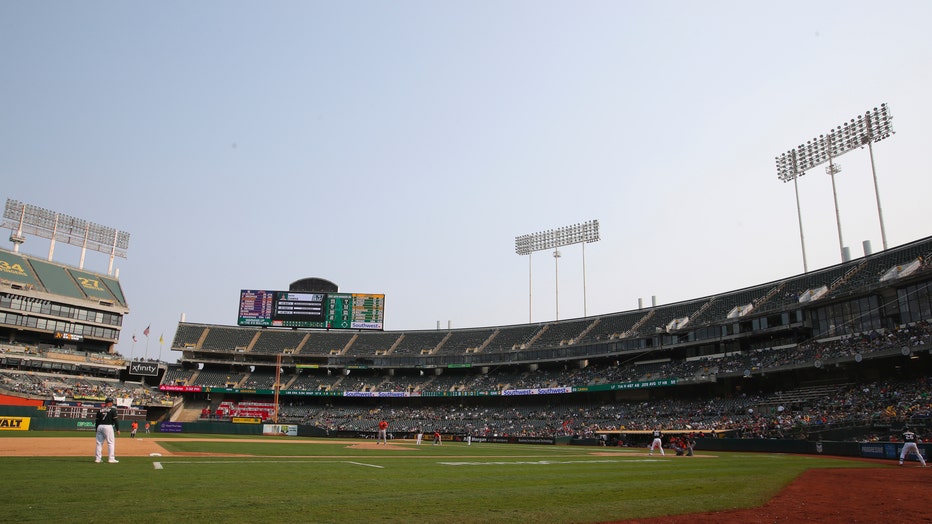 OAKLAND, CA - SEPTMEBER 25: A view of RingCentral Coliseum during the game between the Oakland Athletics and the Houston Astros on September 25, 2021 in Oakland, California. The Athletics defeated the Astros 2-1. (Photo by Michael Zagaris/Oakland Ath

So if you're an A's fan, as has become the custom, there is no shortage of new faces you're asked to get to know, before they leave town.

In the first week and a half of the season, we've seen some players who might develop a following. Acquired in the Matt Olson trade, Cristian Pache is an exciting youngster, who at 23, has raw skills that could lead to consistent everyday play. 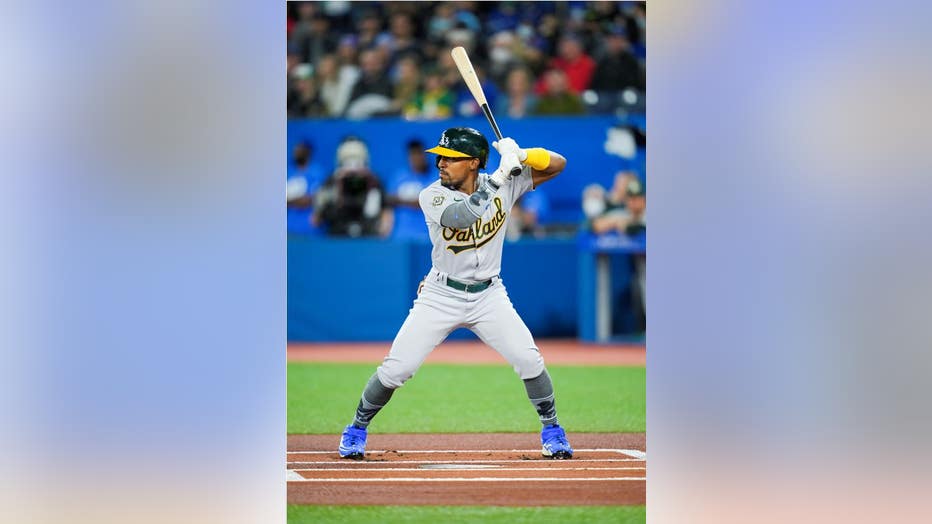 TORONTO, ON - APRIL 15: Tony Kemp #5 of the Oakland Athletics takes an at bat against the Toronto Blue Jays during their MLB game at the Rogers Centre on April 15, 2022 in Toronto, Ontario, Canada. All players are wearing the number 42 in honor of Ja

Veterans Seth Brown, and Stephen Piscotty are still here in the outfield.

Same with Elvis Andrus and Tony Kemp on the infield.

The pitching staff feels like a ‘by committee’ proposition, but if you're a fan who bought a Jed Lowrie uniform in 2013, you're back in style – Lowrie now in the second year of his third stint with Oakland.

And if you still have the one you bought in 2017, because you like Steven Vogt, it's no longer a throwback.

But as usual, there are more question marks than certainties hanging over the A's as their home season begins.

The biggest one: Where will home be? 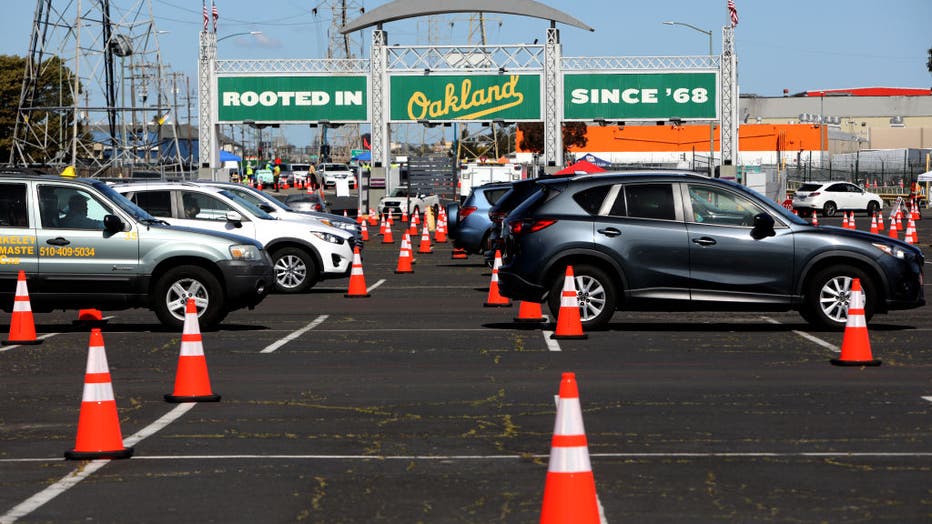 Just a few short seasons after their slogan was ‘Rooted in Oakland’, the A's are on what Dave Kaval describes as parallel paths with Las Vegas.

There are 12 Major League players who, at the start of the season, were scheduled to make more individually, than the entire A's roster this year. Oakland's payroll is roughly what it was 30 years ago.

And while Oakland ownership complains about the amenities at the Coliseum, the price of season tickets this year increased.

So as the home season for the A's opens this year, we're left to ponder, how many more opening days at the Coliseum will we witness and will we ever see the proposed Port of Oakland waterfront ballpark materialize.

Given all that, A's fans might be the most loyal in all of Major League Baseball. They're hoping their team, as it's done in the past, can stay competitive and even contend for this year's expanded playoffs.