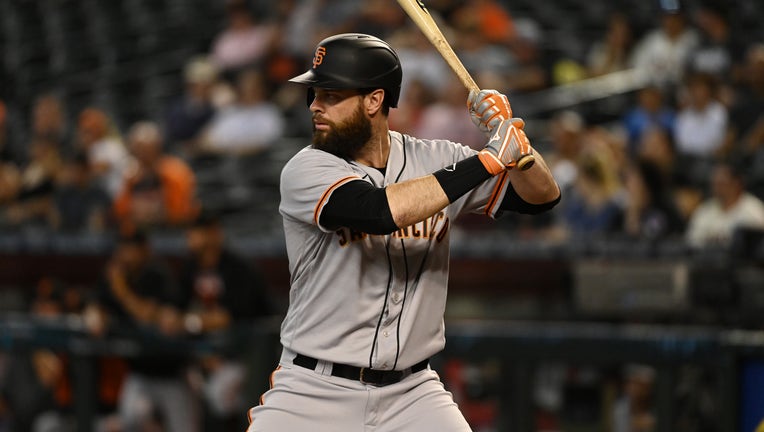 PHOENIX, ARIZONA - JULY 06: Brandon Belt #9 the San Francisco Giants gets ready in the batters box against the Arizona Diamondbacks at Chase Field on July 06, 2022 in Phoenix, Arizona. (Photo by Norm Hall/Getty Images)

San Francisco Giants first baseman Brandon Belt will undergo season-ending surgery on his right knee Saturday in San Francisco, according to the team.

"He's shown that he can get through major injuries in the past so there's no reason he can't do it again," said Manager Gabe Kapler. "When he's right, he's one of the better first basemen in the game."

Belt, 34, last appeared in a game on August 20. Kapler said news of the surgery was disappointing for Belt and the team.

"We've been trending in this direction and Brandon has fought it so hard and wanted to be out there for his teammates and for all of us," said Kapler. "We just weren't able to get over the hump."

Belt will be a free agent at the end of this season. He has been a key part of the Giants lineup for over 10 years tallying 175 home runs in 1,310 game.