Week 6 of the USFL

USFL action rolls on this weekend with one of the league's best teams seeking to extend their four-game winning streak in a Week 6 matchup.

WASHINGTON - Week 6 of the USFL season kicks off with more exciting football action on FOX this weekend when the New Jersey Generals battle the Houston Gamblers at 4 p.m. ET Sunday on FOX.

The Generals will have to slow down Gamblers running back Mark Thompson who leads the league with 400 rushing yards. 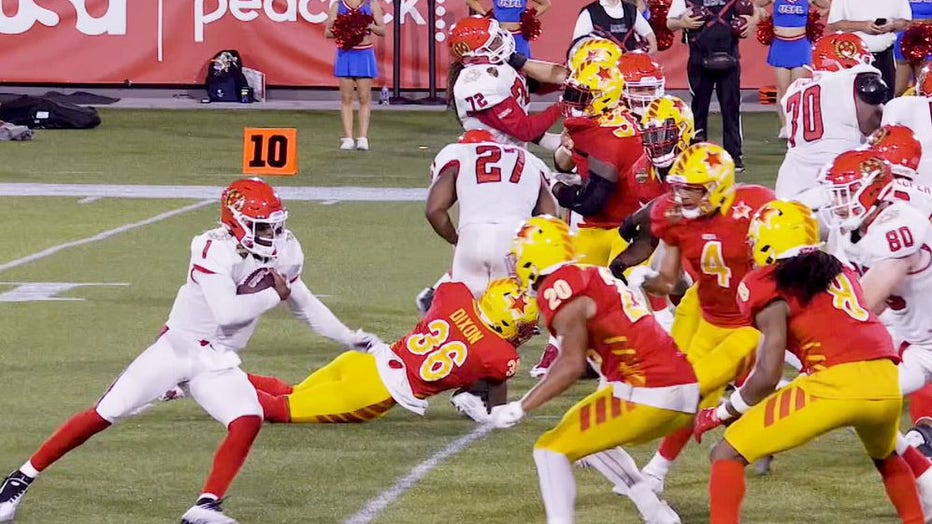 Week 6 of the USFL season features a matchup with one of the league's hottest teams on a four-game winning streak. (FOX Sports)

New Jersey leads the USFL in rushing yards per game (180.2), while Houston has the league’s second-worst rush defense, according to FOX Sports.