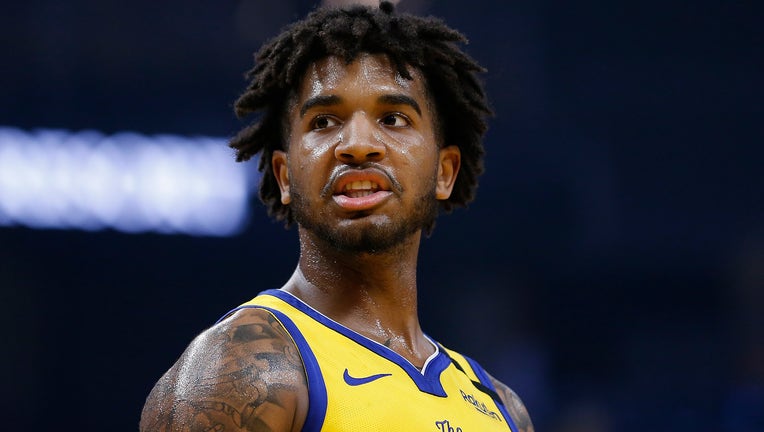 Marquese Chriss #32 of the Golden State Warriors looks on in the first half against the Philadelphia 76ers at Chase Center on March 07, 2020 in San Francisco, California. (Photo by Lachlan Cunningham/Getty Images)

SAN FRANCISCO - The Golden State Warriors have been delivered another tough blow. Center Marquese Chriss broke his right leg and will be out for the season.

The Warriors confirmed that Chriss suffered a right ankle injury with a fibular fracture during practice on Saturday in Chicago, as first reported by The Athletic.

The 23-year-old in his sixth career season averaged 9.3 points and 6.2 rebounds in 59 games with the Warriors last year when the team was missing their star players. He handled the majority of minutes at his position but that was poised to change this year after the Dubs drafted James Wiseman with the No. 2 pick.

With Draymond Green still yet to start his season due to a foot injury, Wiseman’s minutes will likely grow.

The 0-2 Warriors have lost both games decidedly this season, with the Milwaukee Bucks handing them an embarrassing 138 - 99 loss on Christmas Day. They’ll face the Chicago Bulls Sunday at 5 p.m.