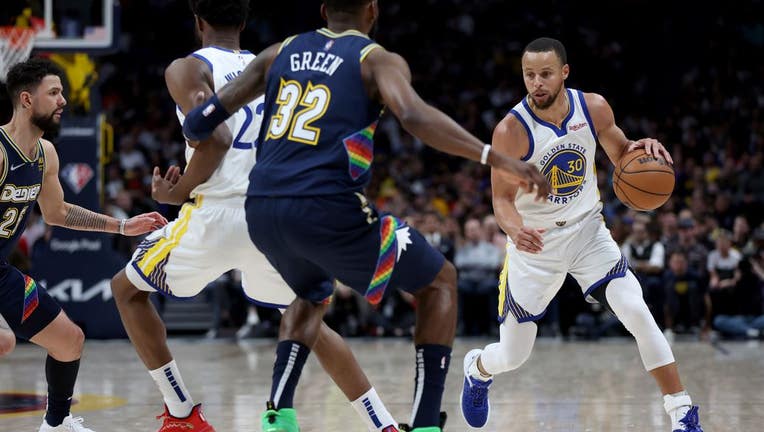 DENVER, COLORADO - APRIL 24: Stephen Curry #30 of the Golden State Warriors drives against the Denver Nuggets in the fourth quarter during Game Four of the Western Conference First Round NBA Playoffs at Ball Arena on April 24, 2022 in Denver, Colorad

DENVER (AP) - Nikola Jokic scored 37 points and fed Will Barton for a 3-pointer from the left corner with 8.3 seconds left, helping the Denver Nuggets avoid a series sweep with a 126-121 victory over the Golden State Warriors on Sunday.

Morris finished with 24 points. He hit five 3-pointers in the third quarter, the most in a quarter by any player in these NBA playoffs.

Steph Curry led the Warriors with 33 points. Klay Thompson scored 22 of his 32 points after picking up his fourth foul in the final second of the first half. Jordan Poole had 11 after averaging 27.8 in the first three games of the series.

The series shifts back to San Francisco for Game 5 on Wednesday night.