Asian seniors get self-defense training to protect against attacks

SAN CARLOS, Calif. - With increasing attacks and hate crimes against the AAPI community, groups of Bay Area Asian seniors are taking classes to get hands-on training to protect themselves.

Self-defense and law enforcement instructors offered their expert advice in hopes of preventing future crimes, by arming those 65 and older with new tools – like pepper spray and personal alarms -- to stop new attacks. 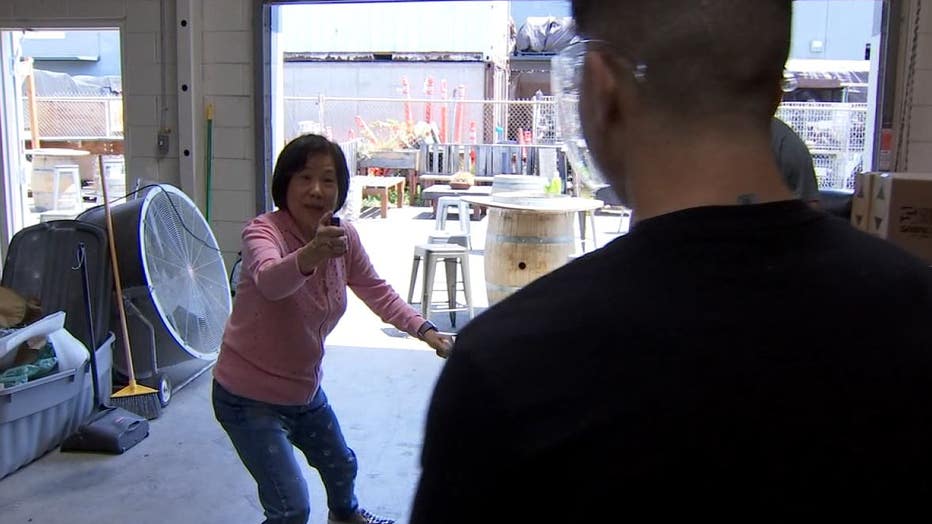 "Merely being aware of your surroundings will not protect you," retired Oakland Police Capt. Frank Lowe said. "You should have some type of action already ready in your mind."

Lowe said sometimes it’s not race that’s targeted as much as what is displayed like cash, flashy jewelry or simply not paying attention.

"It really is an eye-opener," class attendee Kay Chan said. "I need to be more observant."

Instructors said that begins with having a plan, making eye contact and drawing attention to yourself if an encounter with a threatening person occurs.

"Our close friends got hit and we feel so threatened. I think it’s very necessary for us to learn how to protect ourselves."

Reported incidents of anti-Asian hate crimes are on the rise. A study by California State University, San Bernardino found a 164% increase this year in major American cities, compared to the same time last year.

"Our close friends got hit and we feel so threatened," class attendee Betty Chan said. "I think it’s very necessary for us to learn how to protect ourselves."

In the worst case scenario self-defense experts said it’s knowing how to fight and when to take flight.

Mixed martial arts fighter Cung Le provided critical tips including keeping your eyes on an attacker, covering your face, punching with your palms of your hands and attempting to use your finger nails to scratch and collect DNA of the attacker. 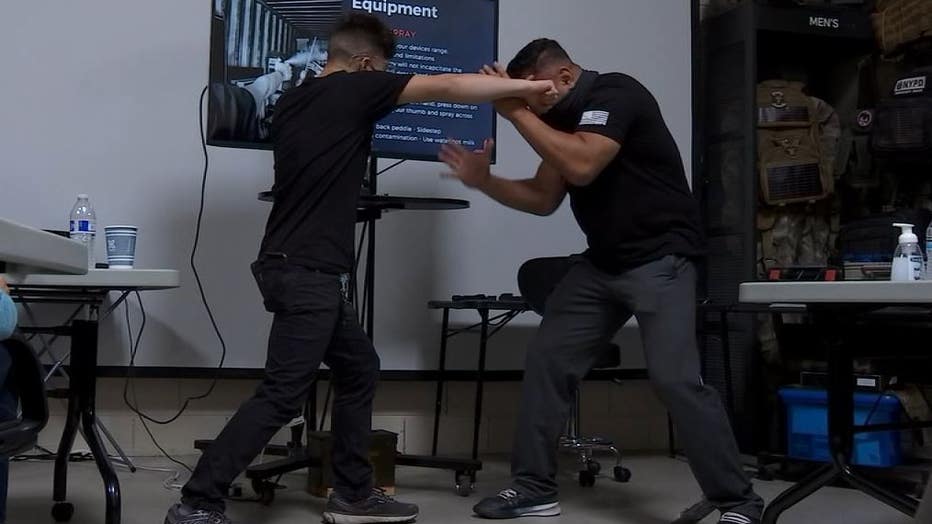 "This is your last resort but why let the person attack you when you can strike back?" Le said. "Scratching can leave some evidence that this is the guy who attacked me."

But before a physical fight occurs, seniors were given tools like personal alarms and pepper spray to create diversions. They were also taught how to properly use them.

"Most people want to use their index finger and press down on the pepper spray," instructor Norman Ho said. "Don’t do that. Use your thumb. It’s much stronger."

The goal, instructors said, is to add time and distance and ultimately get away.

One suggestion is to carry a wad of cash in your front pocket that could be easily thrown to distract a robber. At the same time, a personal alarm should be thrown in another direction to get attention.

Another tip is to be constantly scanning or even using store windows to check the reflection to make sure no one is following.

Experts stressed that by building intuition, there’s less of a chance of frozen fright and the more that it is put into practice will result in better preparation against potential attacks.

"I still don’t feel safe," Chan said. "But learning all these tactics is really helpful." 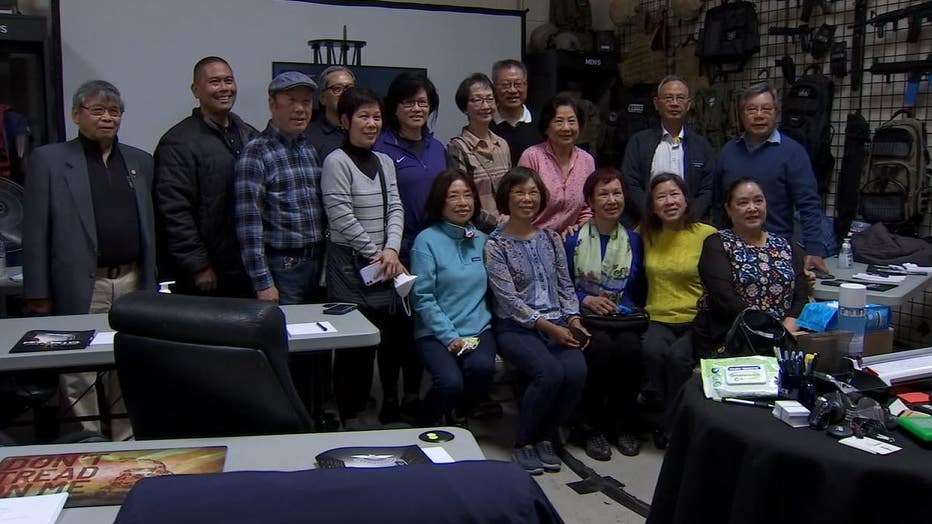