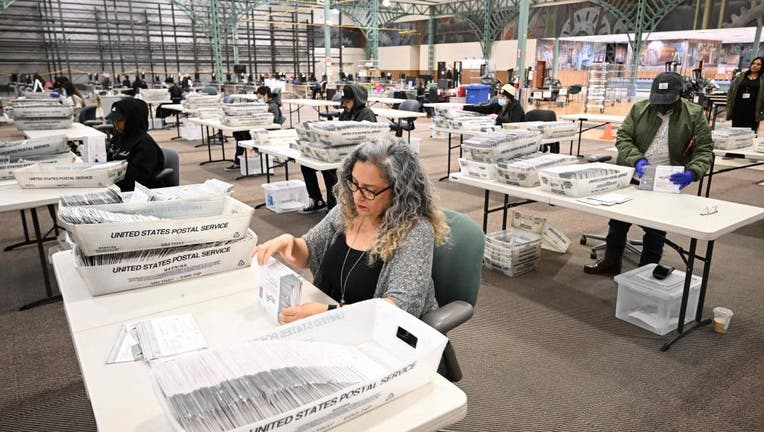 Election workers prepare vote by mail ballots at the Los Angeles County Registrar vote by mail operation center in City of Industry, California, on November 4, 2022, for the midterm elections on November 8. (Photo by Robyn BECK / AFP) (Photo by ROBYN

The midterm election is on November 8 and the stakes couldn't be higher.

From a national perspective, the control of Congress hangs in the balance. Republicans could take control of the House if they gain five seats. In the Senate, there's a 50-50 split between the two parties with closely watched races in Arizona, Georgia, Nevada and Pennsylvania.

In California, voters will choose a governor, senator and many other positions as well as vote on statewide ballot propositions.

See below for live updates about the 2022 election.

Proposition 1 was launched after the Supreme Court overturned Roe vs. Wade. If approved, it would guarantee access to an abortion in the state. Some of the most talked about props include props 26 and 27. Prop 26 would allow in-person sports betting at tribal casinos and some racetracks around. Prop 27 would allow online and mobile sports betting for licensed tribes and companies like FanDuel and DraftKings.

The Bay Area has several important offices up for grabs.

One race being watched closely is San Francisco's district attorney race, interim D.A. Brooke Jenkins, who was appointed after leading the effort to recall Chesa Boudin, is running against Joe Alioto Veronese, a civil rights attorney and attorney John Hamasaki.

The mayors' races in San Jose and Oakland are among the major offices here in the Bay Area that are going down to the wire.

Registered voters in California should have received their ballots in the mail, but polling centers will be open on Tuesday until 8 p.m. for in-person voting.

Having trouble seeing the live blog on a mobile device? Click here.