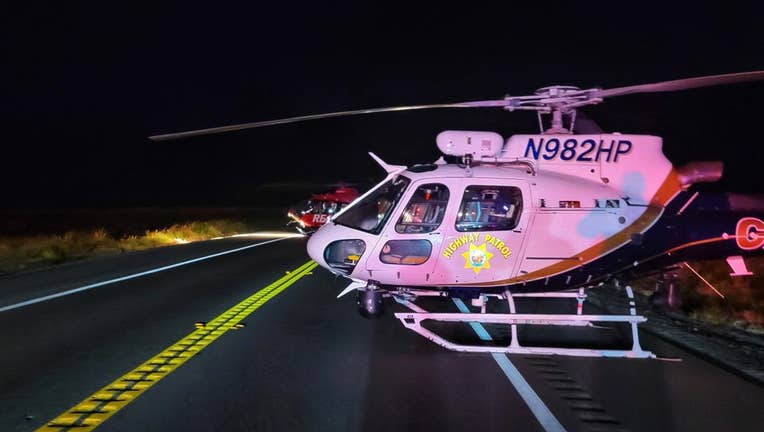 A suspected DUI driver was killed in a crash that also left three children seriously hurt and another driver late Sunday night near Antioch.

ANTIOCH, Calif. - A driver who may have been intoxicated died in a crash that left three children from his car and another driver with major injuries late Sunday on State Route 160 just north of the Antioch Bridge, according to the California Highway Patrol.

The wreck was reported about 10:20 p.m. on the two-lane highway between the Antioch Bridge and State Route 12, the CHP said. The area is in the Sacramento-San Joaquin River Delta in southern Sacramento County.

A Mazda reportedly traveling southbound at a high rate of speed went over the double yellow lines and into the opposing lane of traffic, colliding with an oncoming Audi, according to CHP spokesman Officer Mark Leavitt. The Mazda overturned and the Audi spun out to the right shoulder.

The Mazda's driver, a 38-year-old San Ramon man who may have been intoxicated, was not wearing a seatbelt and died at the scene, Leavitt said.

Two boys in the Mazda's back seat, ages 6 and 4, were not wearing seatbelts and sustained major injuries. A 15-year-old girl in the front passenger seat may have been wearing a seatbelt, Leavitt said. All three children were hospitalized.

The driver of the Audi, a 71-year-old woman from Rio Vista, was hospitalized with major injuries and was in stable condition on Monday.

Interviews with witnesses indicated that the driver may have been intoxicated and driving recklessly, according to the CHP.