OAKLAND, Calif. - One person is dead and one has been arrested following a shooting as children were playing Wednesday evening in East Oakland, police said.

Dozens of youth were practicing football nearby when the shooting occurred at Concordia Park at 2901 64th Ave.

Someone reported it to police at 5:36 p.m. and officers arrived and located the male victim, who was not from Oakland. An off-duty firefighter tried to save the victim's life, but he died. 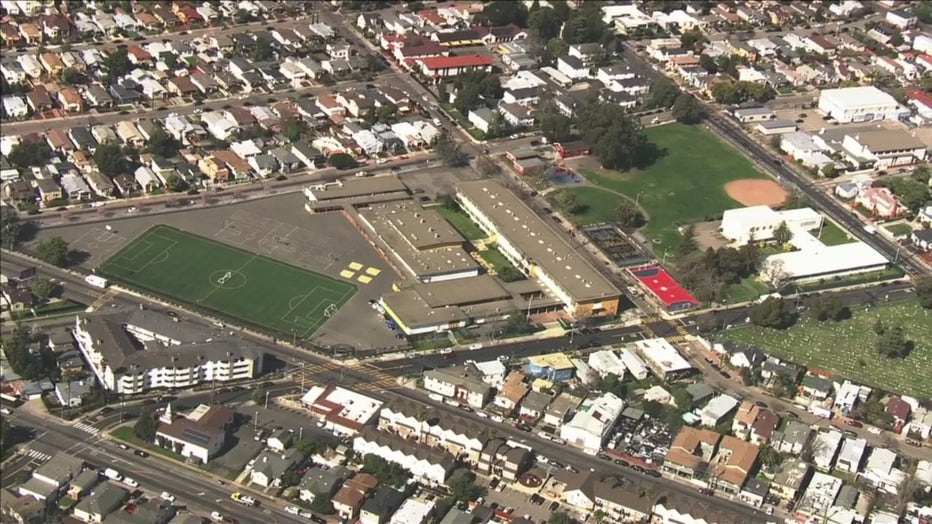 A video police obtained helped officers identify a suspect and he turned himself in at the San Leandro Police Department. Police did not identify the person.

Grief counseling will be made available to the youth affected by the shooting, police said.

Police are withholding the name of the victim until his family is told. Anyone with information about the shooting can call the Police Department's Homicide Section at (510) 238-3821 or the tip line at (510) 238-7950.