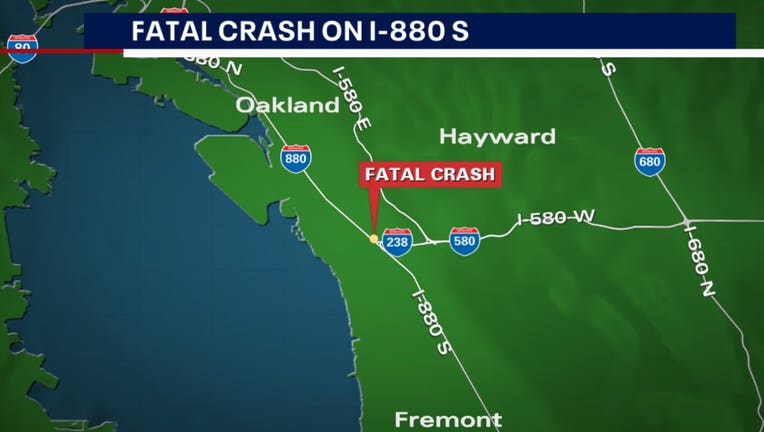 HAYWARD, Calif. - A fatal collision early Sunday temporarily closed the southbound lanes of Interstate 880 at the interchange with Interstate 238 in Hayward.

Officers responded to find multiple vehicles had collided and one person who was not breathing. The Alameda County Coroner's office was called to the scene.

All lanes of the interstate were blocked as crews worked to clear the damaged vehicles from the scene.