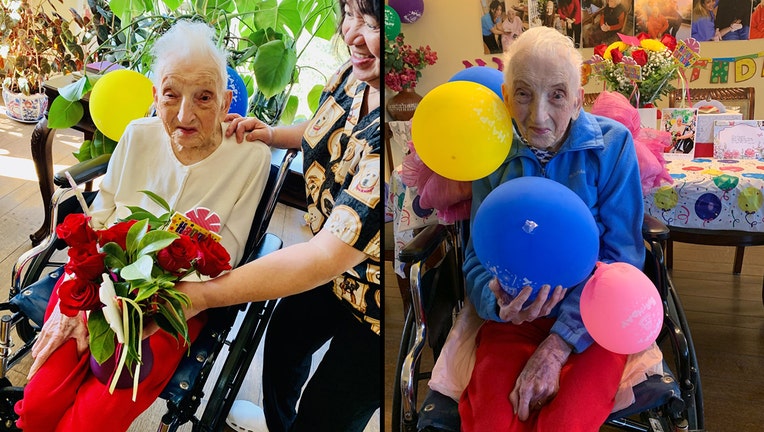 EL CERRITO, Calif. - It’s a distinction few can claim and most certainly one worth celebrating. Known as the oldest living person in California, Mila Mangold turned 114 years old last month, surrounded by residents and staff of her senior care home in El Cerrito.

In addition to being the oldest in the state, validated data collected by Gerontology Research Group (GRG), which verifies and tracks supercentenarians, showed that the Bay Area resident was also the fourth-oldest living person in the country and the 15th oldest living person on the planet.

For Mangold's birthday on Nov. 14, there were balloons, flowers, and a party atmosphere at the RN3 Loving Care Homes assisted living facility, and Mangold's alert and smiling face said it all. 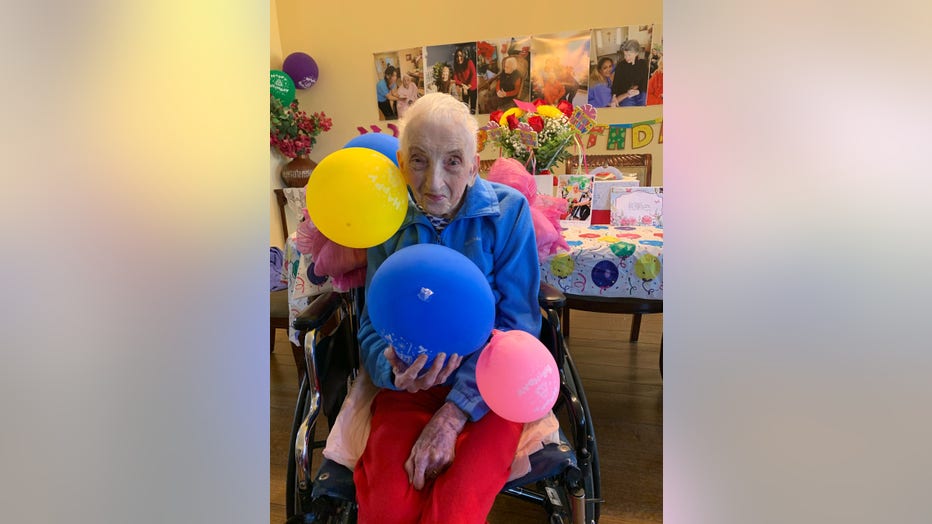 A celebration was held in El Cerritto for Mila Mangold who turned 114 years old last month. Mangold is considered the oldest living person in California, the 4th oldest in the U.S., and the 15th oldest living in the world.  (Meina Wu/RN3 Loving Care Homes/)

The facility’s owner, Meinu Wu, said that the home wanted to hold its own small celebration to work around Mangold’s schedule. "She has her own routine. Sometimes she’s awake on a certain time," Wu explained, noting that Mangold also received a special birthday visit from her whole extended family, including grandchildren, who gathered together for the momentous occasion.

Wu described her most senior resident as a "very nice woman" who's lived at the assisted care facility for more than five years.

"She's very positive, and she has a strong will to live long. She knows what's happening around her, and she still can read," Wu shared, noting that Mangold benefited from the close-knit environment created by the other residents and the caregivers at RN3. 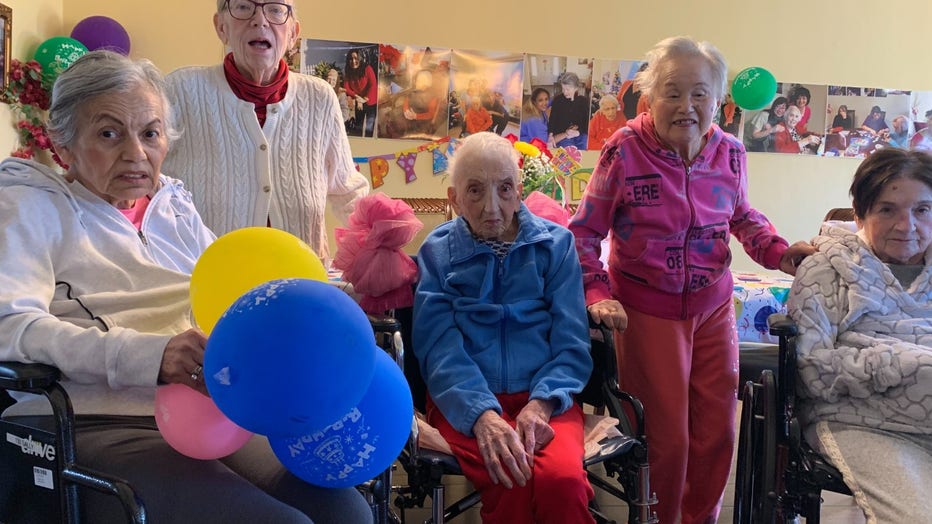 According to Berkeleyside, before moving into assisted living, Mangold was a longtime resident of Berkeley, where she was a beloved and well-known fixture in her Elmwood neighborhood. She was often seen picking up the fallen oranges from her tree and going on brisk walks around the neighborhood. Her son Donald Mangold was quoted as saying his mother "always exercised well."

Mangold was born in Nebraska in 1907. She ended up in Southern California, where she worked as a secretary in a health department. She then met her husband, Walter Mangold, and the couple eventually moved to Berkeley in the 1940’s, according to Berkeleyside. Walter Mangold was a professor at UC Berkeley and pioneer in the field of environmental health sciences.

Mila Mangold, who lost her husband in 1978, set deep roots in her Berkeley community. Friends recalled how she was a longtime member of The Faculty Club at UC Berkeley and how much she enjoyed walking the Cal campus. She also spent many years attending The Church in Berkeley, a non-denominational congregation, which she continued to remain a member of "in spirit," according to her son.

SEE ALSO: Celebration and outpouring of love for Oakland woman who turned 104

Her title as oldest living person in California came after the death of 114 year-old Lucy Mirigian of  San Francisco, back in February.

And it appeared the Bay Area was home to several notable supercentenarians, defined as those reaching the age of 110 and older.

GRG's director Robert Young, who's also Guinness World Record lead consultant for gerontology, informed KTVU that the oldest living man in California lived in Oakland. That title went to Giles Cropsey, a 110 year-old man who was born and raised in Oakland and resided at the Sunrise Senior Living facility on Skyline Blvd. 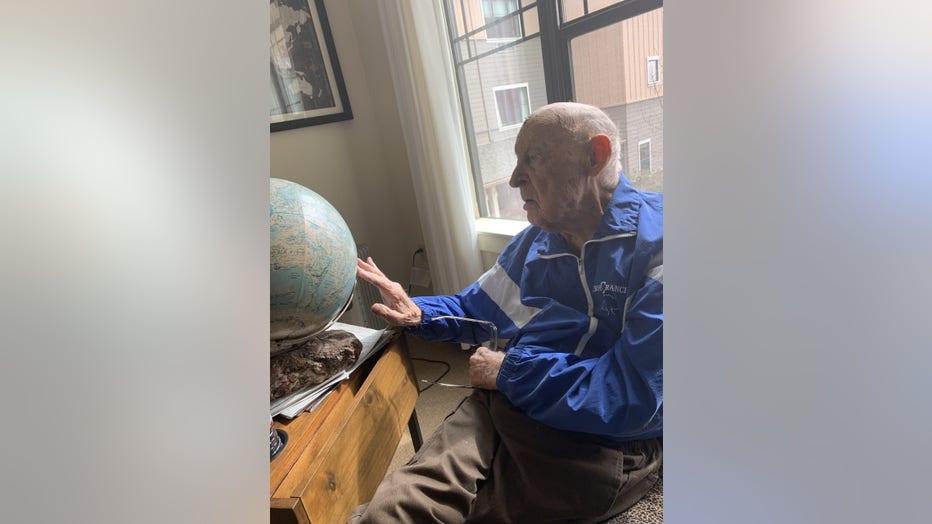 At 110, Oakland resident Giles Cropsey has been designated the oldest living man in California, according to Gerontology Research Group. He was born in Oakland on Sept. 4, 1911. (Duane Cropsey)

From the windows of his current home, Cropsey can actually look out and see the neighborhood where he was born on Sept. 4, 1911, said his son Duane Cropsey.

"It is amazing," the son said of his father’s status as oldest man in California. Duane Cropsey said that while his father has beginning dementia, he’s doing well physically. "Dresses himself, does everything himself," the son shared.

After retiring from his job as a certified public accountant in Oakland, where he handled many major accounts, Giles Cropsey went on to pursue new adventures, perhaps demonstrating that variety is not only the spice of life but may also be the extender of life.

He worked with kids in music and taught piano for free at Oakland schools. And he also went into farming. For 20 years, Duane Cropsey and his father worked in the walnut farming business together.

The proud son, who lives in Lodi, Calif., said he and his father remained very close. "I take care of him. I call him every day on the phone, and we try and visit him… try and get to see him once or twice a week," Duane Cropsey shared.

"The life expectancy of men is three year less [than women]," according to Young, who added that the ratio holds for the 100-year plus period.

Much research has been conducted on how a person's environment can impact longevity. And both Cropsey and Mangold might be good examples of how the Bay Area was a region supporting healthy aging.

They can be also be considered nothing less than superhuman. Young noted that those reaching 110 and beyond were a rare and exceptional breed.

"Research on supercentenarians show that they are biologically different than mere 100-year-olds," said Young, adding, "They are the ‘lottery winners’ in the genetic lottery."