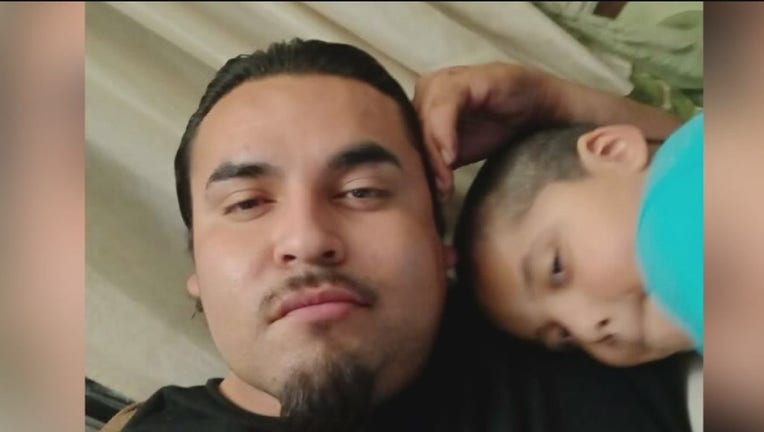 ALAMEDA, Calif. - A second autopsy commissioned by a civil rights law firm says that Mario Gonzalez died last spring because of restraint asphyxia after three officers put their body weight on him – and he did not die of methamphetamine because he didn't have enough of the drug in his system.

"Methamphetamine was not the underlying cause of death of Mr. Gonzalez- Arenales," the autopsy states. "The presence of a drug in the blood of a deceased person does not equate to causation of death."

The Oakland law firm of Haddad & Sherwin, who is representing Gonzalez's young son, released the autopsy on Wednesday, slightly more than a year after the 26-year-old Oakland man died in what has become one of the Bay Area's most high-profile deaths in recent years.

This second autopsy also comes about five months after the Alameda County Coroner's Office determined that the 26-year-old Gonzalez died of "toxic effects of methamphetamine" with "physiologic stress of altercation and restraint." The coroner also noted that obesity and alcoholism were factors in Gonzalez's April 19, 2021, death.

Both the law firm and the coroner's office agree that Gonzalez's death was a homicide.

The second autopsy won't have any bearing in the criminal investigation of the officers.

Earlier this month, Alameda County District Attorney declined to file charges against any of the officers involved in Gonzalez's death, saying the use of force used on Gonzalez was "objectively reasonable." The office relied on the coroner's autopsy, among other things, for that decision.

But the second autopsy will come into play in civil court, as the city of Alameda and the officers are facing two federal lawsuits in Gonzalez's death. Gonzalez's mother, Edith Arenales, has filed a separate, but similar suit in federal court as well.

"The independent autopsy confirms what we all saw with our own eyes," said Julia Sherwin, who is suing the Alameda Police Department on behalf of Gonzalez's young son.  "Meth didn’t kill Mario, the officers did.  They killed him by restraining him in a prone position, with three officers’ weight on him, for over five minutes.  And for more than three and a half of those minutes, Mario was handcuffed behind his back."

SEE ALSO: Who was Mario Gonzalez? Man who died in police custody had lost job during pandemic

Sherwin noted that the first autopsy didn't note the swelling in Gonzalez's lungs or his brain, caused by a lack of oxygen and the coroner didn't define his death as one of "restraint asphyxia" at all.

Ascertain Forensics performed the toxicology lab tests and report about a month after Gonzalez's death, and the autopsy was conducted by Alameda County Chief Forensic Pathologist Vivian S. Snyder.

A spokesman from the Sheriff's Office, which oversees the coroner, wasn't immediately available Wednesday morning for comment on the findings of the second autopsy.

Officers had been called out to a small park in Alameda after neighbors reported that Gonzalez was acting intoxicated. When officers arrived, Gonzalez did not want to show them his ID or get in a police car. But he was also seen on body camera video not acting in a threatening manner. Police struggled to put him in handcuffs as he lay on his stomach for several minutes, with the officers on top of him. He died later at the hospital.

In a statement, Andrea Cortez, the mother of Gonzalez’s 5-year-old son, said that Gonzalez was  a peaceful, mellow person and that police should have used better tactics with him.

"He wasn’t hurting anyone and he was clearly confused," she said. " If they had rolled him on his side when the first officer said to, my son’s father might still be here."

Sherwin's firm paid forensic pathologist Dr. Bennet I. Omalu $16,000 to perform the autopsy, a few days after the one performed for Alameda County.

Omalu is a nationally recognized figure, as he was the first to discover and publish findings on chronic traumatic encephalopathy in American football players when he worked for the coroner in Pittsburgh.

He later became the chief medical examiner for San Joaquin County, but resigned when he felt he was pressured by the sheriff to control and influence pathologists'  professional judgment and conclusions. Many sheriffs in California also oversee the coroner's office, which is also true in Alameda County, and many critics have pointed out the appearance of a conflict of interest, especially when medical examiners are conducting police-custody death autopsies.

Omalu now runs his own lab and teaches at UC Davis.

Omalu's autopsy found acute, severe swelling and congestion in Gonzalez’s lungs and global swelling of his brain, from the lack of oxygen and asphyxiation that caused his death.

Omalu also found that amount of methamphetamine found in Gonzalez’s blood was relatively low, well within what the United States government has determined to be a "normal recreational" amount.  He also noted that Gonzalez was a regular drug user and would be able to handle the amount found in his body.

Omalu added: "Therefore, levels of 0.907 mg/L of Methamphetamine and 0.134 mg/L of Amphetamine may not be of such a significant forensic consequence as it would have been for an individual who has never used Methamphetamine or who has not attained the level of drug tolerance Mr. Gonzalez-Arenales had attained as a chronic recreational user."

Sherwin also noted there is a GoFundMe for Gonzalez’s son.