Mother of Mario Gonzelez speaks out about her son’s death

KTVU sat down with Edith Arenales, the mother of Mario Gonzalez, who died in Alameda police custody.

ALAMEDA, Calif. - Mario Gonzelez had been looking out for his family since he was 12 years old and his father split, leaving behind his mother and three younger brothers.

After graduating from Coliseum College Preparatory in Oakland, Gonzalez had planned to go to  Alameda College. But he delayed those dreams to help his mom with the bills and care for his younger brother who suffers from severe autism.

The 26-year-old worked various jobs. He sold car parts at AutoZone. He worked in construction. He helped his mom in a cafe she runs from a gas station. At times, he was also a cook.

"He was so sweet and gentle," his mother, Edith Arenales, said on Tuesday in her first in-depth public interview since her eldest son was killed. "He was the man of the house."

And now that man is gone. He died in Alameda police custody on April 19 when officers responded to a call about an apparently intoxicated man in public.

"They destroyed my family for no reason," Arenales said as tears streamed down her face in her Oakland home. "And this can happen to anybody."

She thumped on her chest, looked up to the sky and took a deep breath.

During the pandemic, Gonzalez suffered his own kind of pain.

SEE ALSO: Students outraged over death of 26-year-old after struggle with Alameda police

He lost his job cooking in an Italian restaurant that went out of business during the shutdown. And like so many others, he hadn't been able to find work since then. He kept looking but never had any luck.

He got depressed. He began to eat more and gain weight. He was anxious and was prescribed medications to help. He worried if he or his mother died who would take care of his brother Efrain, 23, who suffers from severe autism and is nonverbal. He wanted to be able to provide for his 4-year-old son, Mario Jr., whom he shared parenting duties with his ex-girlfriend in Fremont.

And his worries over these last 14 months were not unique.

"His story is the story of millions of Americans," said Julia Sherwin, a civil rights attorney retained by the Gonzalez family. 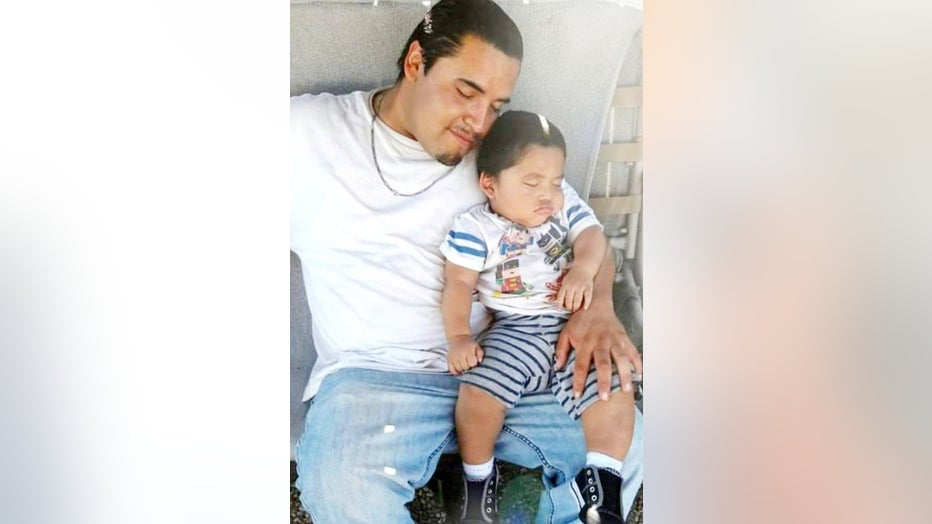 And while none of his family members knows exactly what Gonzalez was doing in Alameda that day, they said he often traveled there for peace and quiet.

His mother also noticed at times that her eldest child seemed to drink more at outside functions. She said that one or two beers seemed to get him very intoxicated. She forbade alcohol or cigarettes in the house.

And on the day that Gonzalez died, it appears as though he had been drinking in a small pocket park on Oak Street.

A neighbor called police to say that an intoxicated man, who didn't have a mask on, was in or near their yard.

Police arrived to deal with the situation.

In the department's first announcement about his death, police originally told Arenales and the public that her son had died of a "medical emergency" after a "scuffle" with police.

But body camera video released last week shows three officers struggling to put Gonzalez into handcuffs and one of them had kneeled for at least two minutes on top of Gonzalez's back.

Gonzalez can be seen gasping for air and he was pronounced dead after he was taken to the hospital.

Several experts have said that officers have long been trained not to handcuff people facedown on the ground as it can lead to "restraint asphyxia."

Arenales said she felt like police were lying to her from the start.

"My Mario wouldn't have done that," she said. "He never said a bad word about anybody, even police."

The interim police chief told KTVU that he found the video "troubling," but it was still too early to make a determination on how Gonzalez died.

The attorney representing the police, Alison Berry Wilkinson, said the officers took Gonzalez into custody for his own safety so that he wouldn't trip over a tree stump. 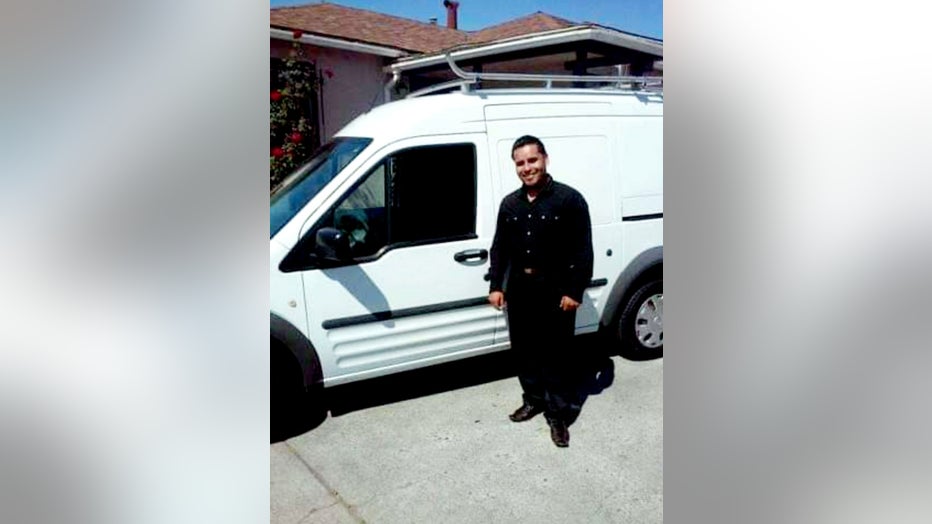 Mario Gonzalez of Oakland stands in front of a van on his way to an Italian catering gig. Photo: Courtesy Gonzalez family.

Gonzalez's story has also been compared to that of George Floyd, because of the sparse police narrative originally put forth and the methods Alameda police used to detain him over a minor event.

Floyd, too, was out of work during the pandemic.

The week Gonzalez died was supposed to be an especially happy one for their family.

His 21-year-old brother, Gerardo "Jerry" Gonzalez, had flown in three days earlier from a college in North Carolina where he is studying sports management and peace and conflict resolution, to celebrate their mother's birthday on April 20. That week was also Efrain's birthday.

But instead of a birthday celebration that had long been planned, the Gonzalez family was reluctantly thrust into the national limelight, countering the police narrative about Mario's death.

Instead of opening presents and eating cake, Gonzalez's brothers and mother spent what would have been a birthday week picking out a coffin.

Arenales is left now with sleepless nights and an immense challenge to figure out how she can go back to work to pay the rent, as well as care for her special needs son and her grandson.

"I want to cry, scream and hit something," Arenales said. "But I'm not going to do that. Mario wouldn't have liked it."

A GoFundMe has been set up for the Gonzalez family.