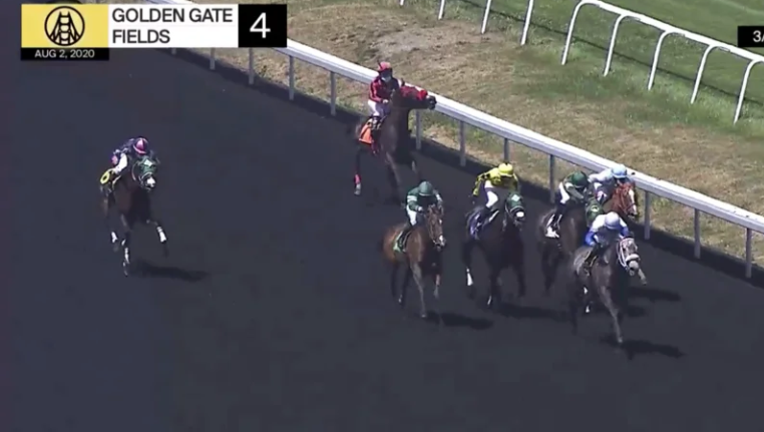 BERKELEY, Calif. - A 3-year-old filly was euthanized Sunday after injuring a leg during a race at the Golden Gate Fields race track, a state racing official confirmed.

Snow Pack suffered the injury during Sunday's fourth race at the Berkeley Track, said Mike Marten, a spokesman for the California Horse Racing Board.

A Vimeo video of that race shows the horse pulling up during the race.

The horse was euthanized a short time later. Data from the racing board shows that Sunday's death was the 17th of a race horse at Golden Gate Fields so far in 2020.

The most recent previous death was that of Street Gambler on June 30.