The 49ers held their annual giveaway event Tuesday at Levi Stadium giving food and gifts to hundreds of people. About 30 of the team’s players were there to hand out the items to each family.

SANTA CLARA, Calif. - The 49ers held their annual giveaway event Tuesday at Levi Stadium giving food and gifts to hundreds of people. About 30 of the team’s players were there to hand out the items to each family.

"I’m ecstatic! I’m so happy! I’ve taken pictures from the beginning to here," said Danielle Johnson, of Antioch as she waited anxiously to see players during the event.

Hundreds of cars lined up outside of Levi Stadium to take part in the Hope for the Holidays annual drive-thru, giveaway hosted by the San Francisco 49ers. Second Harvest of Silicon Valley also donated the food for the third year in a row.

"The holidays can be stressful for all of us but especially when you have kids, and it’s hard to provide. You can see just how much joy there is from getting some of these special items and just getting to the players," said Leslie Bacho, Second Harvest of Silicon Valley CEO.

49ers players filled each car with food, team paraphernalia, and items from Zenni Glasses, Kingsford, Shoe Palace and Toys for Tots. One hundred and seventy-five families were chosen from seven local nonprofits that serve the Bay Area, including the 49ers Academy, the African American Community Service Agency and the Bill Wilson Center.

"We get to see so many people today. It’s just really fun to be able to engage them. We have like 20 or 30 guys here too which I think that means a lot for this team to just come out here and be together," said George Kittle, 49ers' tight end. 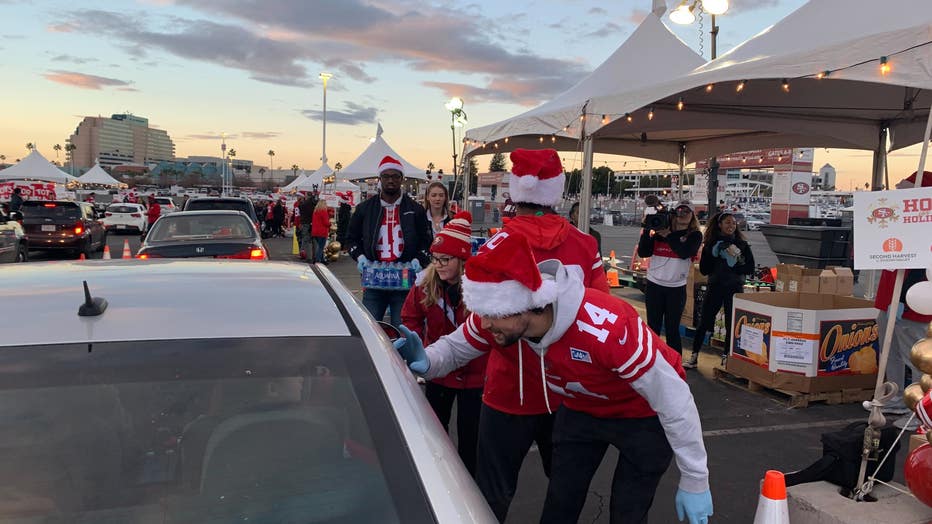 Hope for the Holidays annual drive-through, giveaway hosted by the San Francisco 49ers was held on Tuesday, Dec. 6, 2022. 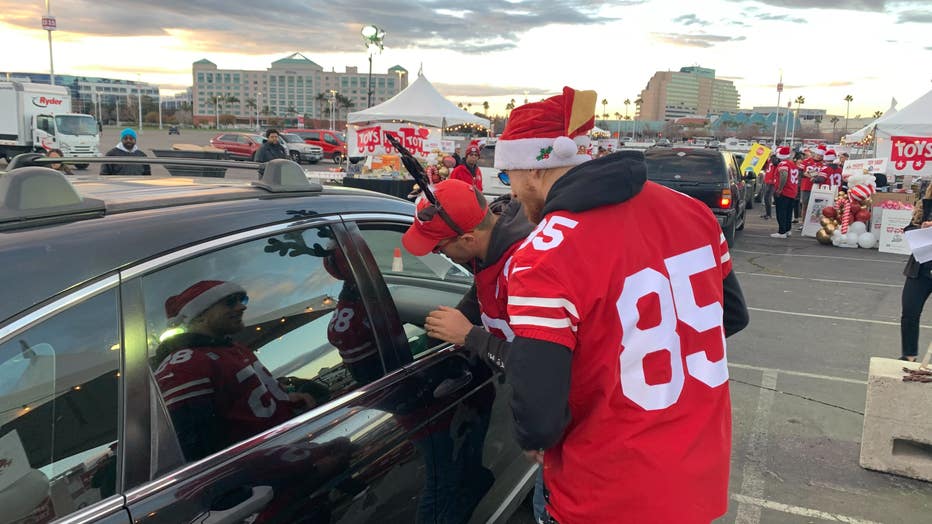 As you might expect, just about everyone taking part in the event were 49ers fans. As they collected their gifts, they waved and took pictures with the players.

"This is a great experience. The girls loved it, obviously. Thank you guys, really appreciate it," said Steven Martinez, from San Jose.

Arik Armstead has played on the team for the last eight years, runs his own educational foundation and has been nominated for this year’s NFL Walter Payton Man of the Year Award for impacting the community.

"I’m honored to be nominated three years in a row, and also to represent this organization as a nominee. They do so much work in the community, which I have learned from throughout my career," Armstead said.

From the players, to the families, staff and volunteers, all agree Hope for the Holidays is what the Christmas spirit is all about. 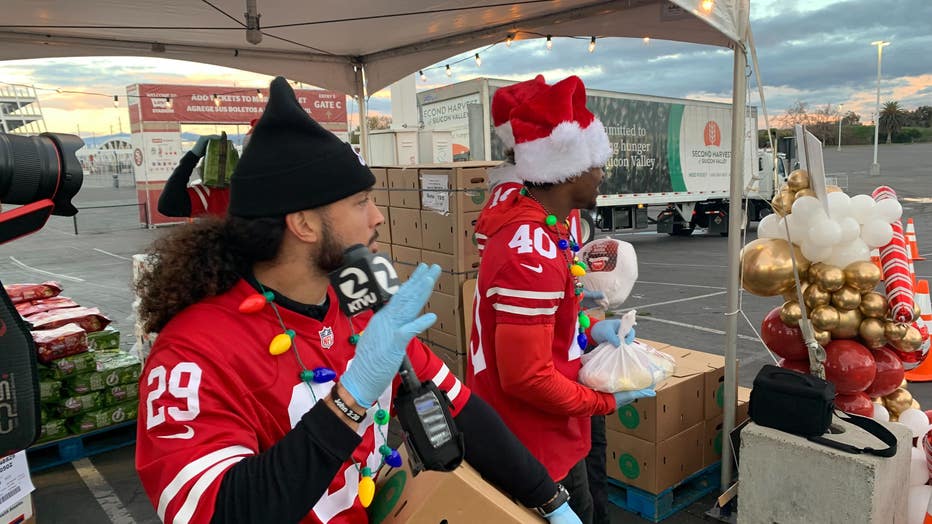 49er Talanoa Hufanga at the Hope for the Holidays giveaway event at Levi's Stadium on Dec. 6, 2022. 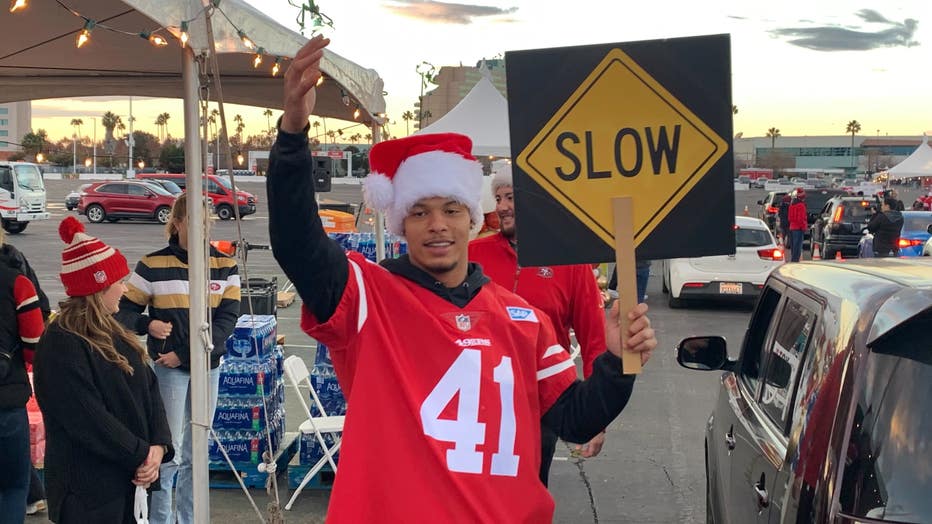 49ers Tayler Hawkins at a charity event in Santa Clara.