OAKLAND, Calif. - A group called the Interfaith Coalition for Justice in our Jails is demanding that the Alameda County Board of Supervisors make changes at the Sheriff's Office after 58 people have died at Santa Rita Jail since 2014.

Motivated to act by the March 11 suicide of Leonard Brown, 36, at Santa Rita Jail, co-organizer Micky Duxbury said the public has had enough.

That's because Brown's mother, Blondell Brown, wasn't notified of her son's death until five days later when the hospital wanted to harvest his organs.

"The horror of it along with all the other deaths made us feel like we had to do something," she said.

The group's letter, sent Tuesday, calls for an independent investigation into Brown's death and the separation of the coroner from the Sheriff's Office.

Some jurisdictions across the country have already started to split the duties of the sheriff and the coroner, as critics point out the sheriff can interfere with death investigations, especially if they occur in the jails, which the sheriff oversees.

The interfaith group also wants more public disclosure about those who die in the jail and family members must be notified when their loved ones are in the medical ward of the jail or taken to the hospital. 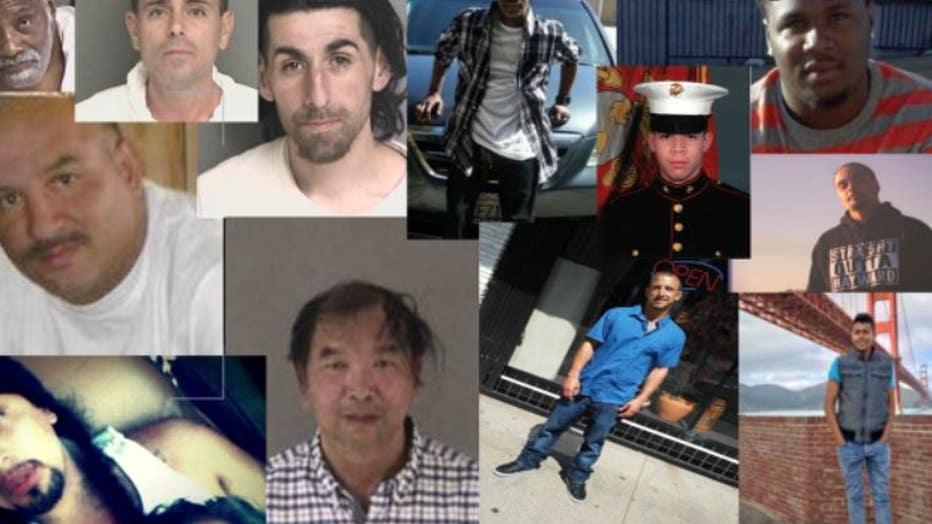 "They are justified in their outrage and concerns," Alameda County Supervisor President Nate Miley

To emphasize their point, the interfaith groups held a rally outside the Board of Supervisors meeting on Tuesday to call attention to the high number of deaths at Santa Rita Jail. Members read the names and the dates of those who died and placed flowers in their memory on a table.

The rally was co-sponsored by the Interfaith Coalition for Justice in our Jails and Families Advocating for the Seriously Mentally Ill, or FASMI.

The participating groups include: National Alliance for the Mentally Ill East Bay and Alameda chapters, Legal Service for Prisoners with Children, All of Us or None, East Bay Supportive Housing Collaborative, Bay Area Faith Leaders Working Group and the California Poor People’s Campaign.

In a rare and candid interview ahead of the rally, Alameda County Supervisor President Nate Miley told KTVU that the issues the interfaith group are bringing up are "a driving factor" for the push to implement a citizen oversight board or create an Office of the Inspector General. He added that he also will be asking for further analysis of the sheriff's oversight of the coroner's office.

"They are justified in their outrage and concerns," Miley said of the activists.

He also added that there is a big need for the board of supervisors to do more to fund mental health services at the jail and be more transparent about jail deaths. As it stands, the Sheriff's Office does not issue press releases on in-custody deaths, as other agencies typically do, though they do report the deaths to the state Department of Justice, which is required by law.

Miley also acknowledged that the board of supervisors has not publicly been "beating the pavement" on the issue of in-custody deaths, and that he and his colleagues should now move "more expeditiously" to push for more independent oversight of the jail.

Sheriff Greg Ahern told KTVU on Tuesday that "any death in our jail is very concerning. We strive to have zero deaths."

Ahern added that deputies are working with behavioral health and medical staff to improve conditions, such as trying to reduce the number of suicides, natural deaths and assaults at the jail. 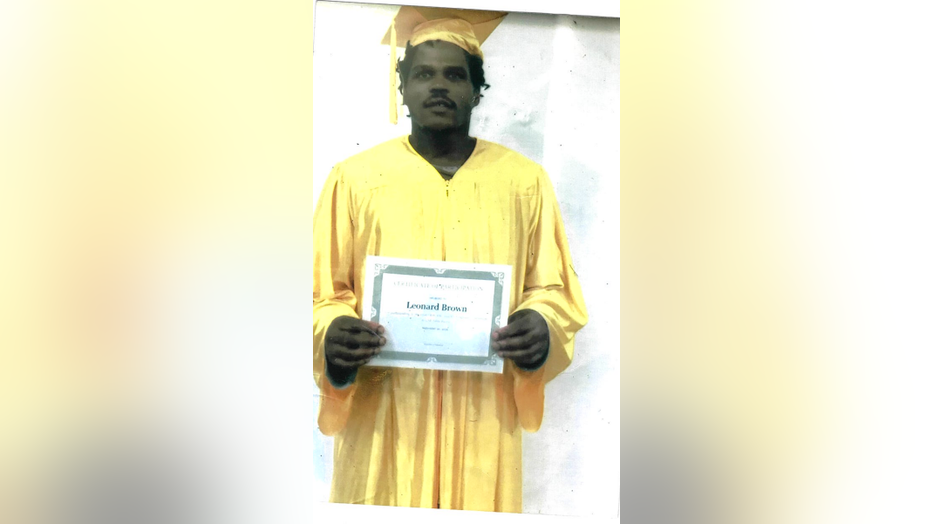 The statement stressed that Wellpath does not provide mental healthcare or psychiatric services, which are provided by Alameda County Behavioral Healthcare Services.

Miley said it's also time to revisit the Wellpath contract, in light of many complaints against the private company.

KTVU has been compiling a growing list of people who have died at Santa Rita Jail since 2014, pulling every autopsy publicly available and highlighting the human stories behind them whenever possible. KTVU learns about new deaths when members of the public call in with a tip.

Santa Rita Jail has the highest in-custody death rate of any jail in Northern California, a KTVU investigation in 2019 revealed.

The majority of deaths are suicides, but KTVU's investigation and evidence presented through a class action lawsuit discovered that there is a high correlation between those who take their own lives and those who are put in isolation – making the mentally fragile even more so, which often results in suicide.

Lawyers sued the sheriff in 2018, saying this use of isolation was cruel and inhumane.

And in February, a federal judge signed off on a six-year consent decree, giving lawyers at Rosen, Bien, Galvan and Grunfeld in San Francisco limited access of some mental health issues at the jail.

Kara Janssen, a lawyer with the firm, said she agreed with the interfaith group's push for more accountability and she urged the board of supervisors to add extra oversight to the Sheriff's Office.

In addition to suicide, many others at Santa Rita Jail die of natural causes.

But even those are questionable, critics say.

Take for the example of Maurice Monk, who died at Santa Rita on Nov. 15, 2021, and whose legal claim against the county the supervisors were discussing in closed session on Tuesday.

The 45-year-old security guard was arrested in June 2021 for not wearing a mask on an AC transit bus and escalating a verbal argument with the driver.

Monk was arrested and then sent to jail in October because he missed a court hearing related to the mask issue. The public defender's office said that he missed his hearing because a deputy stopped him at the entrance of the courthouse and told he couldn't enter the building for an unknown reason.

In addition, a judge denied lowering his bail, 12 days before he died, court records show.

Monk suffered from schizophrenia diabetes and high blood pressure, according to his sister, Elvira Monk.

Elvira Monk had been trying desperately to get her brother the medication he needed in jail.

At first, she said was told that she couldn’t provide the medication because the pills had to come from Kaiser.

Then she was told she could email the prescription information to the jail, but her emails seemed to go to the "junk" basket and were never received, she said. Finally, she was told to fax the information in. She was about to, but authorities showed up on her doorstep to say he had died.

Maurice Monk's autopsy has still not been made public despite multiple requests from the family and KTVU. 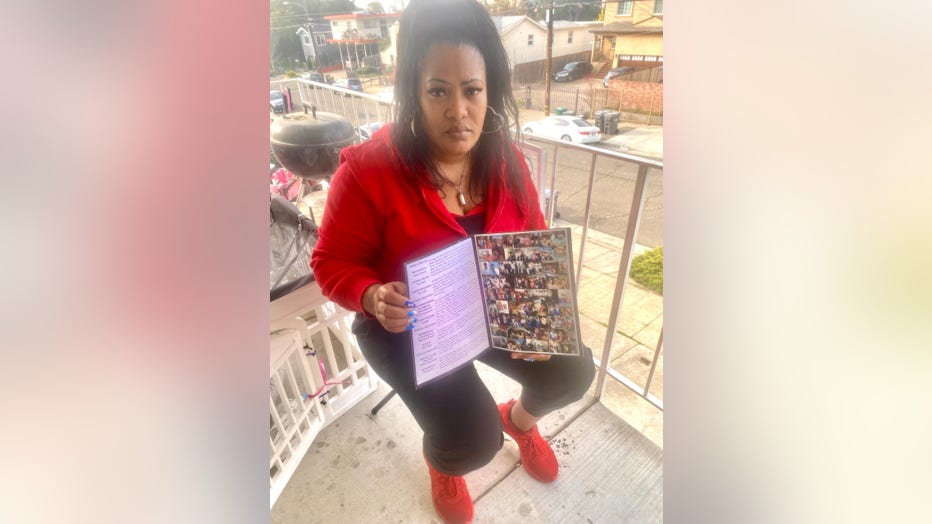 Elvira Monk showed KTVU a death certificate from her brother she received on April 18, five months after his death.

The certificate still says the cause of death is under investigation, though it also states that it appears to be natural as a result of hypertensive cardiovascular disease.

In an earlier interview, Monk's other sister, Tiffany Monk, said that her brother's death was far from natural, despite his health ailments.

His sisters said there was no reason their brother, a father of two, should be dead.

They remember him as an all-around athlete, when he attended Sacramento State University on a football scholarship.

And they have many questions, which have yet to be answered.

"He had a life to live," Elvira Monk said. "He was a happy person. We want to find out what happened to our brother."

SANTA RITA DEATHS BY THE NUMBERS: