Small cellular sites are being put up around San Jose to improve connectivity and speed. But some of those sites are located just feet from homes and bedrooms.

SAN JOSE, Calif. - Small 5G transmitters are being installed across San Jose to improve wireless connectivity, but some residents are upset and say they were never asked about the antennas popping up just feet from their homes and bedrooms.

It came as a surprise to a group of neighbors that watched as a crew of contractors raised a pole into place and mounted an antenna and other equipment to it one morning. 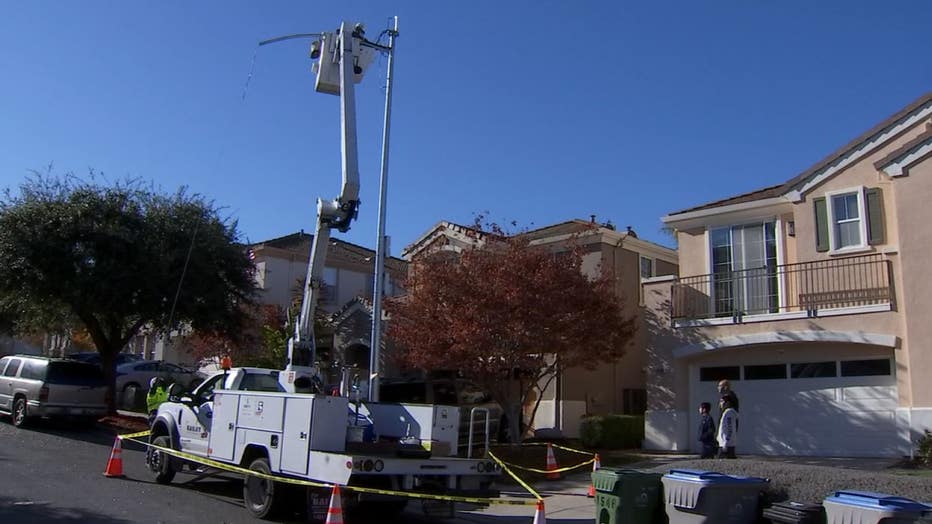 Sapozhnikov and his wife are just two of the San Jose residents accusing the city of not following or enforcing its own distancing rules or community notification requirements, forcing neighbors to be left in the dark.

5G stands for the fifth generation standard for broadband mobile networks and offers enhanced voice and data capacity and more efficient coverage through a network of small radio antennas.

San Jose has approved 1,850 permits for small cells, mostly mounted atop city street lights. So far, the city said 875 are in operation. 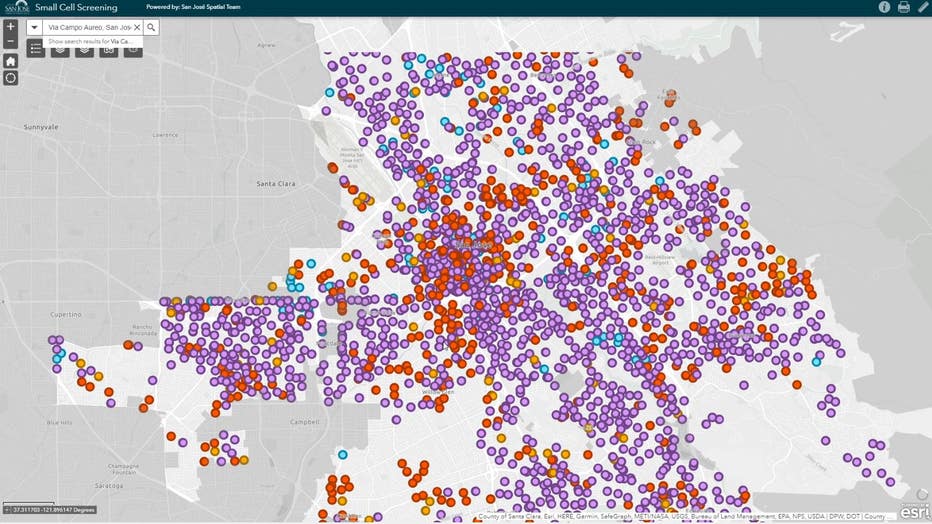 Each one of the purple dots represents a city-approved permit for a small cell site atop a street light.

"This is essential," Deputy City Manager Kip Harkness said. "Almost everybody, even our unhoused residents depend on connectivity and their cell phone to get around and to stay safe."

Harkness said San Jose has historically had some of the worst cellular coverage of any major city in the nation. Currently, 95,000 residents are not connected.

Neighbors largely aren’t opposed to 5G technology, but have said many of the small cells are too close for comfort.

"My kids are young and they sleep right at the room that’s facing the street," resident Fiaz Mohamed said. "It’s literally five feet from their bedroom."

Research from several federal agencies and the World Health Organization says there’s no link between radiation from base stations and cancer or other illnesses.

But the American Cancer Society says it could be many more years before we know the long-term effects from cell phones and transmitting antennas.

San Jose maintains it can’t deny permits based on health concerns or simply complaints. It also doesn’t get to decide where the small cells get to go.

City law states mounted antennas must be at least 20 feet away from a person’s property. However, since the street lights are in the public right-of-way, the city said it is exempt from that distance requirement.

"We own and control all of those street lights," Harkness said. "So the permitting process is very minor and quick." 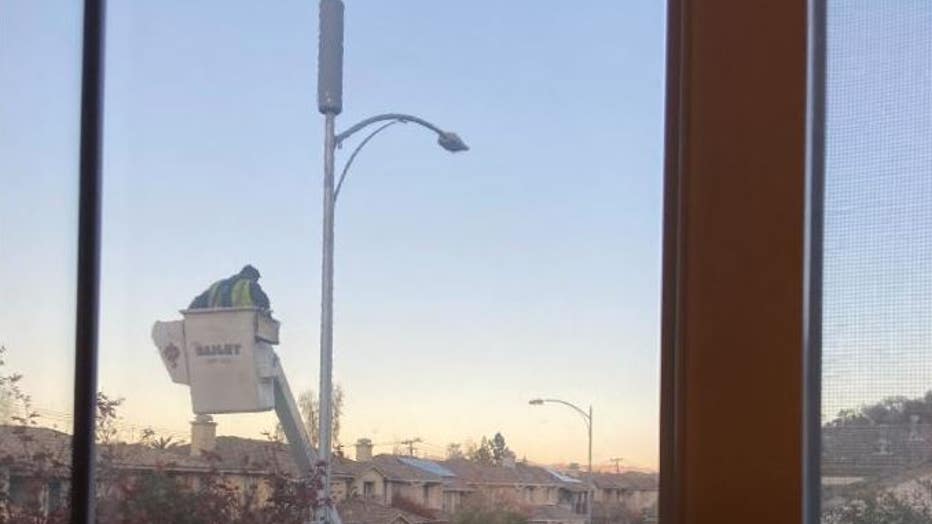 Once a permit is issued, wireless carriers are required to notify neighbors through certified mail weeks before any equipment is installed.

Several residents told KTVU they were not informed before the 5G equipment went up along Via Campo Aureo.

"The bottom line is the cities are profiting from that while having no concern for their residents," Mike Sapozhnikov said.

AT&T and other carriers are leasing the poles paying the city a fee of $750 a year to host the 5G equipment.

The city said money it received from the pole rentals goes into a digital inclusion fund. Right now, $10 million is targeted for those who are not connected.

AT&T said it is not the only company offering 5G but responded to KTVU’s request for comment in a statement.

"Small cell deployments help alleviate network congestion in high-traffic areas, and we deploy them based on several factors including the capacity needs of our customers and the availability of suitable structures to place the antennas," spokesperson Jim Kimberly said. "We worked closely with the City of San Jose to comply with the legal requirements and obtained the appropriate permits before installing antennas."

Some residents said they never asked for the small cells in their neighborhood and already have speedy service.

"I’m all for 5G as long as they’re not as close to homes as they are in this case," Mohamed said. "I’m not going to put up with this being five or six feet from my house."