WEST LAFAYETTE, Ind. - Former San Francisco 49er, four-time Super Bowl champ Keena Turner has plenty of notable memories that have taken place in a stadium. But on Saturday, at Purdue University’s Ross-Ade Stadium, he celebrated a momentous achievement, with his youngest daughter, that might just top them all. 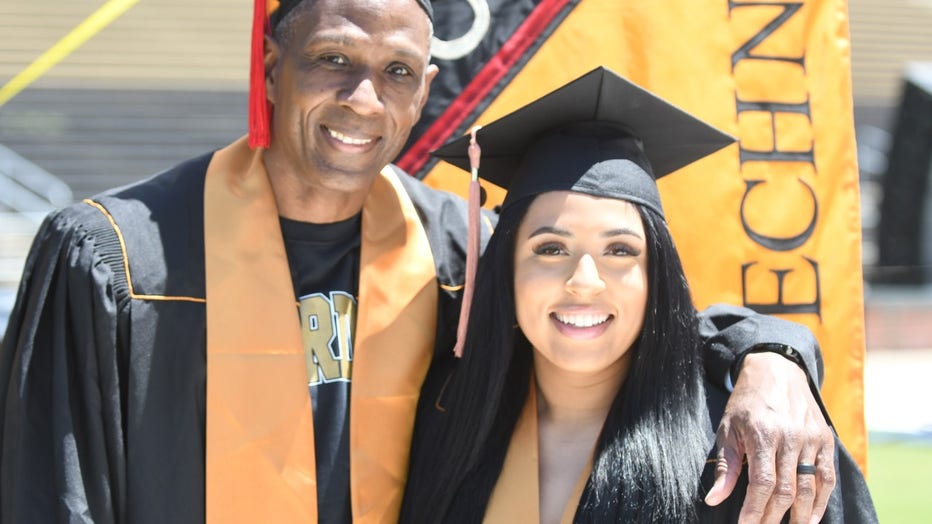 49er great Keena Turner and daughter Ella graduate together from Purdue University on May 15, 2021. (Purdue Athletics)

Dressed in matching caps and gowns, Turner and his daughter Ella both received their college diplomas from Purdue together.

On Instagram, the beaming dad shared a touching photo of the pair with these moving words, "So proud of you on OUR special day. You will always be my baby girl!"

For the elder Turner, it was a moment that was more than 40 years in the making. In 1980, during his fourth year at Purdue, he was only a few credits short of graduating when he was drafted by the Niners, according to Purdue Athletics.

Off the field, Turner has worked as a sports commentator in both radio and television and for more than 20 years, he has been a part of the Niners’ front office, currently serving as vice president and senior advisor to the general manager.

And along the way, he managed to earn his college diploma through a degree program at the University of San Francisco. But Turner still felt he needed to finish what he started at Purdue.

"He had his degree," his daughter Ella told Purdue Athletics, adding, "But he always felt bad he didn't get his degree from Purdue."

So with the encouragement and support from his family, especially his wife Linda, Keena Turner began enrolling in classes last fall, taking courses in supply-chain management and physical geography online, all while continuing his work with the Niners.

It was a lot of work, but the 62-year-old student stayed on top of it, and from time to time, he even enlisted help from a cohort he knew pretty well.

"He took his classes very seriously," Ella Turner told Purdue Athletics. "He's pretty up on technology but there were a few times he needed my help on figuring some things out." 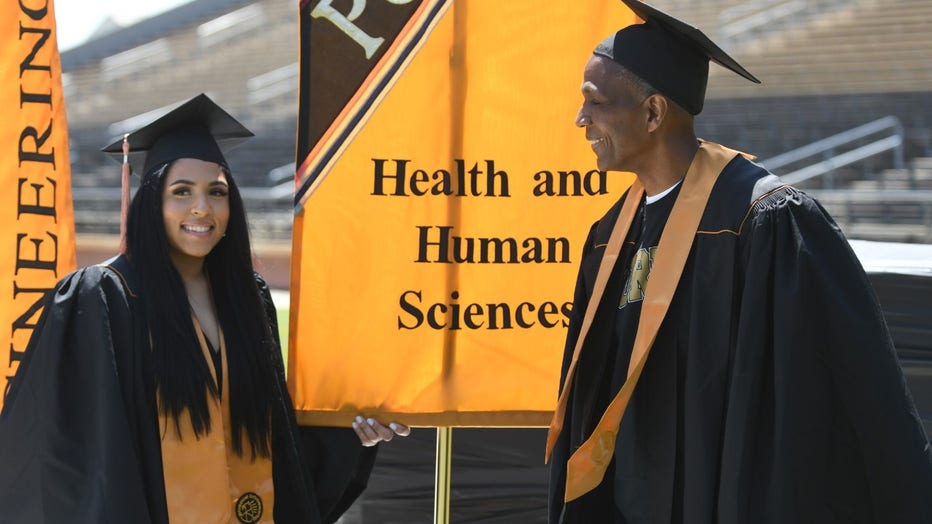 On May 15, 2021, 49er legend Keena Turner received his degree from Purdue University, graduating alongside his daughter Ella. (Purdue Athletics)

So Saturday’s celebration was one for the ages for the Turner family: for Keena the student, a personal achievement and a fulfillment of a long-sought goal; for Keena the dad, a proud moment celebrating his baby girl, who now has a degree in selling and sales management.

"It's pretty special," Keena Turner told Purdue Athletics. "First, for my daughter to be here for four years and graduate is great.  But for me to be a part of that special day along with her? It's pretty cool." 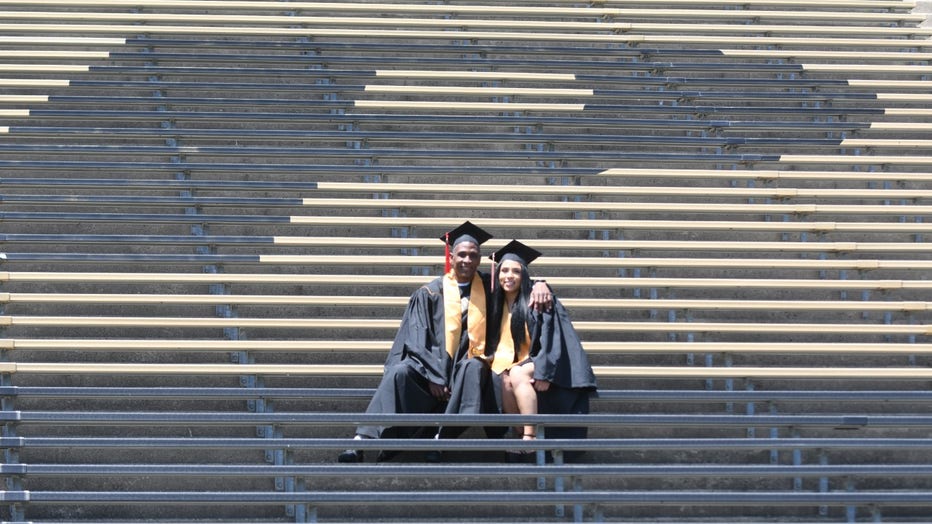 Father-daughter graduation day. 49er great Keena Turner graduated from Purdue University along with is daughter Ella on May 15, 2021.  (Purdue Athletics)