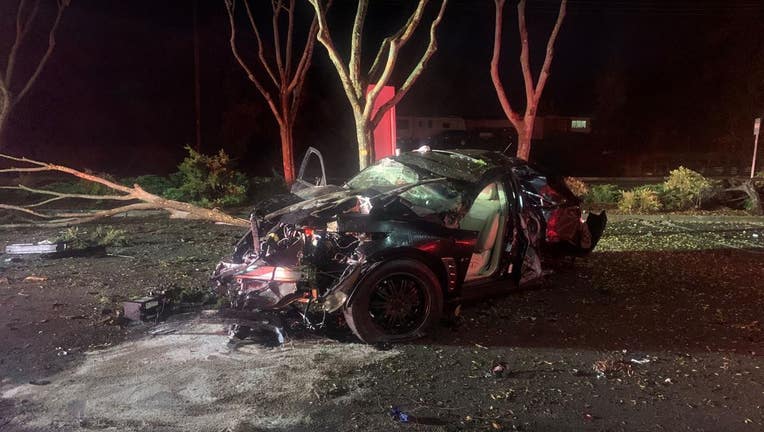 SANTA ROSA, Calif. - An alleged street racer in Santa Rosa miraculously survived after he lost control of his vehicle and crashed in a grocery store parking lot.

SEE ALSO: Teen may have been street racing in crash that killed twins' parents, investigators say

Officers said the Infinity left the roadway and collided with a tree before coming to a rest in the Safeway parking lot near the intersection.

The Infinity driver was conscious when first responders arrived at the scene, but he was pinned inside the car.

He was the only occupant in the vehicle.

The driver was extricated from the vehicle and transported with major injuries to his upper body and head. He is in stable condition, police said.