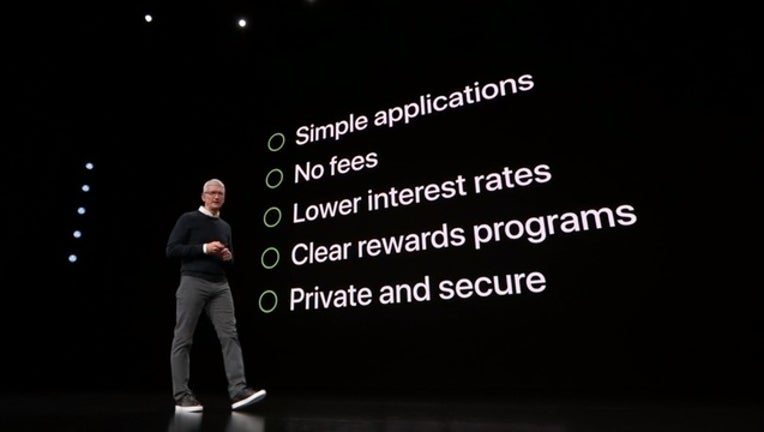 Apple hammered the privacy keyword over and over again in each one of its product announcements – highlighting how it won’t be collecting and sharing its data with third party advertisers.

“We take the same approach at Apple with our services as we do with our products…They are designed to keep your personal information private and secure,” said Apple CEO Tim Cook, speaking about Apple’s built-in apps a few minutes into the keynote.

Apple highlighted its ability to personalize news without compromising on user privacy. “When we designed Apple News, we told you that we designed to be private, and it’s even more important today,” said Roger Rosner – Apple’s VP of applications. “We download groups of articles from our servers, and then we use on-device intelligence to make recommendations. And that means, we don’t know what you read, and in addition to that, we don’t allow advertisers to track you."

Apple Card, a new service launched in partnership with Goldman Sachs and Mastercard has many attractive features - a cashback program, no fees, and low interest rates. Security and privacy is again, a tent-pole feature. “Features like spend tracking and categorization all happen using on-device intelligence, not on Apple servers,” said Jennifer Bailey, vice president of Apple Pay, at the launch event.

Apple's privacy push came sometime around CES earlier this year, when it posted a large billboard that said “What happens on your iPhone stays on your iPhone.” In the days leading up to the Apple event, the Cupertino-based tech giant released an advertisement emphasizing the iPhone’s privacy. Apple wants privacy to be synonymous with the iPhone.

“Looks like privacy will be the underlying architecture for all the things they [Apple] announce from here on out,” says Ben Bajarin, analyst at CreativeStrategies, a Silicon Valley-based market research firm.

Concerns about digital privacy have been on the rise since the Cambridge Analytica scandal last year. DuckDuckGo, the privacy-focused search engine has seen a 51 percent rise in web traffic over the past six months, according to web analytics tool SimilarWeb.

In the week leading up to the event, Apple launched updated versions of the AirPod, iPad, and the iMac. New revenue pipelines are crucial for Apple, which saw a 15 percent decline in iPhone sales in its last quarter.