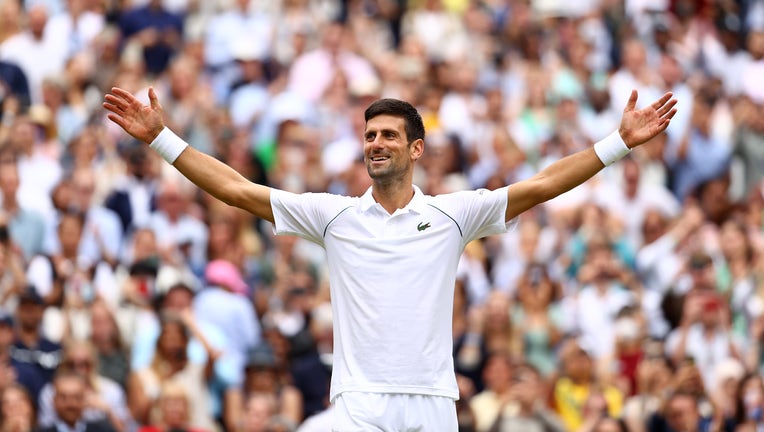 LONDON, ENGLAND - JULY 11: Novak Djokovic of Serbia celebrates winning his men's Singles Final match against Matteo Berrettini of Italy on Day Thirteen of The Championships - Wimbledon 2021 at All England Lawn Tennis and Croquet Club on July 11, 2021

The draw, to determine the men's and women's singles brackets at the year's first tennis major, was scheduled to be held at 3 p.m. local time in Melbourne, but a tournament official told waiting media that the ceremony had been postponed until further notice and declined further comment.

The Australian Open begins Monday. Djokovic traveled to Australia seeking to win a 21st Grand Slam titles to break the men's record of 20 he shared with Roger Federer and Rafael Nadal.

The Australian immigration minister was still considering whether to deport the nine-time and defending Australian Open champion, who is not vaccinated against COVID-19, on public interest grounds.

The 34-year-old Serb had his visa canceled on arrival in Melbourne last week when his vaccination exemption was questioned, but he won a legal battle on procedural grounds that allowed him to stay in the country.

Immigration Minister Alex Hawke can overrule the judge's decision to reinstate the visa.