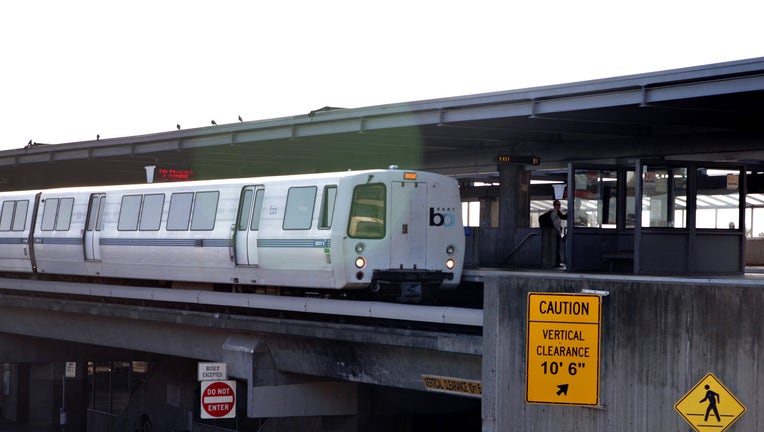 OAKLAND, Calif. - The BART Board of Directors approved a three-year contract extension with the unions representing BART police Thursday, which union officials say will aid the hiring of non-officer positions like crisis intervention specialists and transit ambassadors.

The three-year extension will take effect after June 2022, when BART police's current labor contracts are set to expire.

The crisis intervention specialists and transit ambassadors will be assigned to BART police's new Progressive Policing and Community Engagement Bureau, intended to increase rider trust in BART police while reducing crime onboard trains.

BART police employees assigned to the bureau will also receive a 10 percent special assignment pay increase as part of the contract extension.

"This agreement is the result of good faith negotiations on all sides and is an essential step in the process of achieving my vision for safety at BART," BART Police Chief Ed Alvarez said in a statement.

"The contract recognizes our current financial challenges while making it possible to fully staff and support our progressive policing initiatives," he said.

Crisis intervention specialists hired by BART police will be required to have a background in social work and will offer outreach and support to riders dealing with crises, homelessness and issues of mental health and substance use.

The addition of crisis intervention experts and on-train ambassadors is the result of BART officials working to respond to rider concerns of misconduct and over-policing on BART trains and platforms.

While the most notable example remains the New Year's Day 2009 fatal shooting of Oscar Grant III at the Fruitvale BART station in Oakland, riders have also lambasted BART police officers for non-lethal incidents like handcuffing a Black man for eating a breakfast sandwich on a station platform.

After the death of George Floyd in Minneapolis last summer, the BART board declined to embrace activist calls to fully defund BART police but acknowledged a need to reconsider what role BART police should play across the transit system.

"Some of what people were talking about, having police officers focus on the real crimes and figuring out ways to have unarmed people focusing on things like masks, that really resonated with me," BART Board Director Rebecca Saltzman said during a board meeting last June, when members of the public suggested modifying BART police's scope of operation.

The contract extension includes scaled pay raises that are tied to the transit system regaining its pre-pandemic ridership in the coming years.

Officers will not receive raises if ridership is not back to 60 percent of pre-pandemic levels in the second and third years of the contract.

They would, however, be eligible for raises of up to 2.5 percent by fiscal year 2025 if BART ridership returns to its full, pre-pandemic level.

"The contract recognizes our current financial challenges while making it possible to fully staff and support our progressive policing initiatives," Alvarez said.

Qualified candidates to join the BART Police Department can apply at https://www.bart.gov/about/jobs.