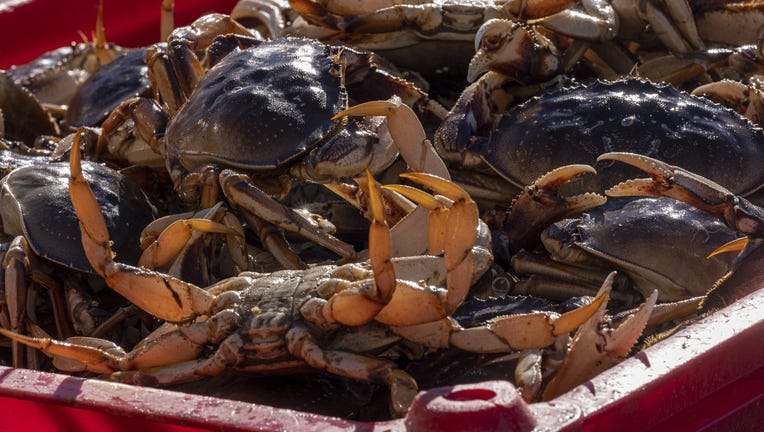 State Department of Fish and Wildlife investigators said they found over 90 crab traps within the ecologically fragile area off Northern California, where fishing of any kind is prohibited.

"Our officers received an anonymous tip from a commercial fisherman who said he saw another fisherman’s crab traps in the Marine Protected Area. He was concerned that this fisherman’s illegal activities would put other law-abiding fisherman in a bad light," Fish and Wildlife Assistant Chief Eric Kord said in a statement.

More than 250 Dungeness crabs from those traps were released back into the ocean, the agency said.

Tags and buoys on the traps were traced back to the Pacific Mist, a boat owned by commercial fisherman and Vallejo resident Tam Van Tran, SF Gate reported Sunday. Efforts by The Associated Press to find contact information for Tran on Monday and seek comment about the lawsuit were unsuccessful.

The district attorney’s lawsuit alleges Tran gained an unfair business advantage by illegally fishing in a Marine Protected Area. It is a misdemeanor for commercial fishing operations to work in protected areas, punishable fines ranging from $5,000 to $40,000 for a first offense, SF Gate said.

"Upon information and belief, this is the most egregious case of unlawful crabbing activity in San Francisco’s history, as well as the largest incident of unlawful commercial crabbing in any Marine Protected Area in the entire State of California," the lawsuit said.

The Farallons, a small collection of islands about 30 miles off San Francisco, holds one of largest bird nesting sites along the North American coast. Whales and sea turtles also pass through the area, and crab traps threaten to entangle them.

In order to protect the islands, they are completely closed to the public.