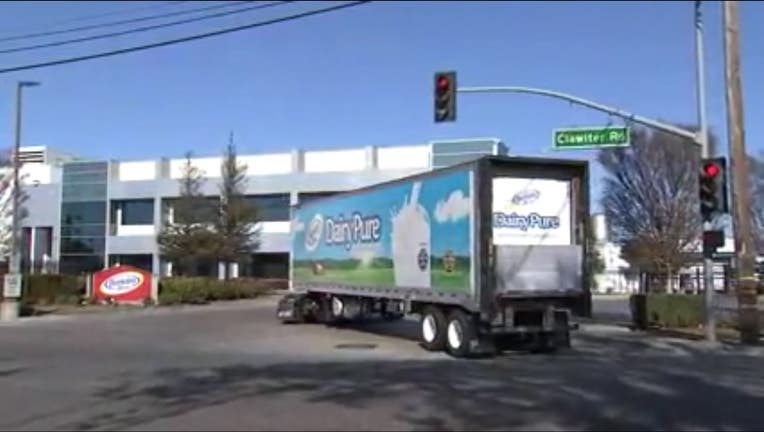 HAYWARD, Calif. - The Berkley Farms facility in Hayward is going to shut down permanently.

Parent company Dean Foods said in a statement that they had hoped to sell the business in order for daily operations and employment to continue there. The move means several hundred workers are going to be out of a job.

Berkeley Farms has been in operation since 1910. The owners plan to close the plant by the end of April.

"This was an extremely tough decision for the Dean Foods family," vice president Anne Divjak emailed on Wednesday. "Our intention was to sell the Berkeley Farms facility as an ongoing business, meaning operations would have continued; unfortunately, the lack of interested buyers has made the decision necessary."

She said that Dean Foods is now looking for buyers to purchase the real estate.

She added that Producers Dairy, a California-based dairy company, was designated as the winning bidder for the Berkeley Farms trademark and related intellectual property.