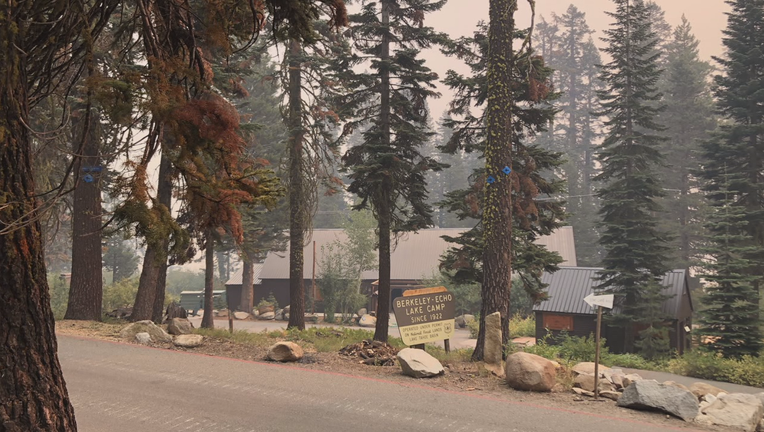 ECHO SUMMIT, Calif. - Fire crews have been working tirelessly to protect the popular Echo Lake Camp and it appears as if most of the structures have been left intact.

As of Tuesday, Sacramento television station KCRA reported that many of the buildings looked like they had survived the Caldor Fire, mostly unscathed.

"While a more thorough assessment is needed and the danger is far from over, it appears many buildings at Berkeley Echo Lake Camp remain intact,"  Berkeley Mayor Jesse Arreguin tweeted.

KCRA also reported that fire crews have been using water from Echo Lake to protect cabins in the immediate area.

Nearby, the historic Echo Summit Lodge also appeared to be undamaged by fire after significant efforts from firefighters, according to KCRA.

Echo Lake Camp is a recreational facility operated by the city of Berkeley on Echo Summit, near South Lake Tahoe.