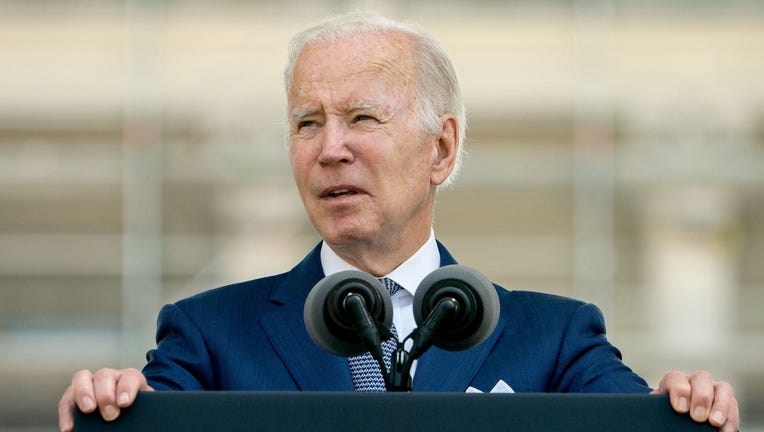 US President Joe Biden delivers remarks during the National Peace Officers Memorial Service at the US Capitol in Washington, DC, on May 15, 2022. (Photo by Stefani Reynolds / AFP) (Photo by STEFANI REYNOLDS/AFP via Getty Images)

President Joe Biden on Monday signed an order to deploy U.S. troops to Somalia amid heightened concerns about the country's Islamic extremist rebels, known as al-Shabab. The move is a reversal of President Donald Trump's decision last year to remove nearly all 700 special operations forces that had been operating there.

Biden's decision, confirmed by a senior administration official, comes after Defense Secretary Lloyd Austin requested the deployment "to reestablish a persistent U.S. military presence in Somalia to enable a more effective fight against al-Shabab, which has increased in strength and poses a heightened threat."

The official, who requested anonymity to discuss a decision that has not been formally announced, said American forces already in the region would be repositioned.

U.S. military commanders have been deploying U.S. forces into Somalia for short rotations since Trump ordered American troops out during his final days in office in 2021. But Pentagon officials did not see that as "effective long-term strategy" and had been considering recommending the redeployment for some time, according to a U.S. military official who was not authorized to publicly discuss the matter and spoken on the condition of anonymity.

Biden's decision to sign the order was first reported by The New York Times.

Al-Shabab, which has ties with al-Qaida, has made territorial gains against Somalia's federal government in recent months, reversing the gains of African Union peacekeepers who once had pushed the militants into remote areas of the country.

Word of the deployment decision came after Hassan Sheikh Mohamud, who served as Somalia’s president between 2012 and 2017, was announced on Sunday as the winner of a protracted election.