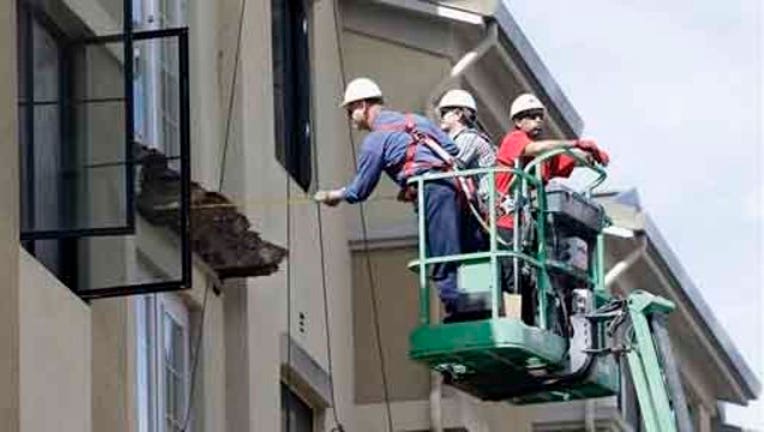 SACRAMENTO, Calif. (AP) -- Construction companies will have to disclose building defects such as those that could have contributed to a deadly balcony collapse in Berkeley under a state legislative proposal that will be heard for the first time Tuesday.

The bill by two Northern California state lawmakers would require construction companies to disclose felony convictions and settlements to state regulators over construction defects. Segue Construction, the company that built the Berkeley apartment, has paid more than $26.5 million in the past three years to settle lawsuits related to balcony failures.

The company did not immediately respond to requests for comment.

Six people were killed and seven others were hospitalized last month when the apartment balcony collapsed during a birthday party.

Berkeley city officials concluded that the balcony's wooden support beams were rotted by water damage, but they didn't determine how the damage occurred. An investigation is pending.

A Folsom man was also killed this month when a staircase that was scheduled for repairs collapsed in his apartment building.

SB465, authored by Democratic Sens. Jerry Hill of San Mateo and Loni Hancock of Oakland, would require firms to disclose to regulators the results of criminal convictions and civil suits in cases of construction defects, fraud, negligence and incompetence.

"Contractors who do shoddy work that imperils life should have their licenses revoked," Hill said in a statement.

The bill is being backed by the city of Berkeley and public interest groups, while the California Building Industry Association and the trade association United Contractors are opposed.

CBIA lawyer Nick Cammarota said the association is opposed to the settlements portion of the bill because construction companies hold primary liability and often make payouts even if they are not directly at fault.

"Our opposition is based on a belief that they are not a good indicator at all of who a bad actor is," Cammarota said. "We could have done everything we were supposed to do and still have liability."

United Contractors spokeswoman Emily Cohen said the bill's broad language would only serve to increase lawsuits and would affect almost every contractor in the state.

"It's a laudable goal, but it failed to take into the account the reality of doing business in the state of California for our contractors," Cohen said.

The bill will be heard Tuesday in the Assembly Business and Professions Committee. Hill's spokesman, Aurelio Rojas, acknowledged the bill faces an uphill climb to win committee approval.

If the measure passes its first hearing, it will still need to move through three legislative committees and a floor vote in both chambers before heading to Gov. Jerry Brown, a Democrat.

The Berkeley City Council will consider its own construction changes Tuesday, which would include mandatory inspections of multistory residential buildings and code changes to prevent moisture damage to balconies, decks and stairs.