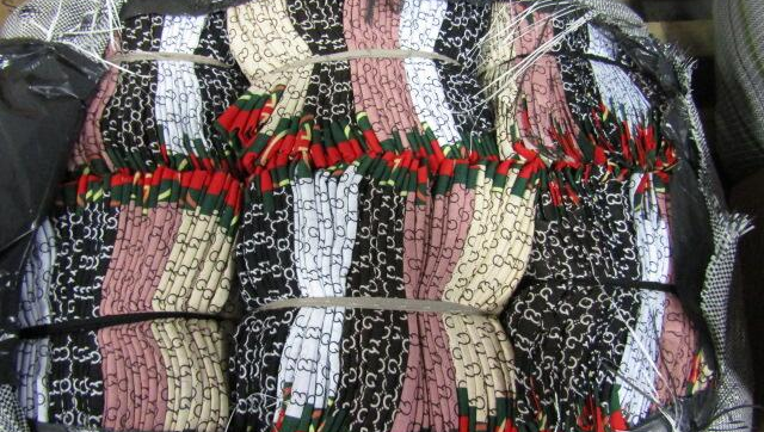 NORFOLK, Va. - U.S. Customs and Border Protection officers said they seized counterfeit designer shawls and dresses worth more than $2 million at the Port of Norfolk due to trademark violations.

CBP said a shipment destined for Ohio was detained in April and prompted an examination. A total of 1,120 garments were seized including women’s slips.

The items were falsely marked as Louis Vuitton, Gucci, and Apple. A CBP trade specialist said the counterfeit clothing if real had a Manufacturers Suggested Retail Price (MSRP) value of $2,372,490.00.

"CBP is charged with enforcing trade laws, and we continue to devote substantial resources to target, intercept, detain, seize and forfeit shipments of goods that violate these laws," Mark J Laria, CBP Area Port Director, said in a news release.

Data from the agency shows that handbags, wallets, apparel, footwear, watches, jewelry, and consumer electronics are at higher risk of being counterfeited.

They advised consumers from purchasing low-quality goods from online-third party sellers saying that it’s "dangerous and puts buyers at risk of safety hazards."

CBP outlines these tips for consumers: