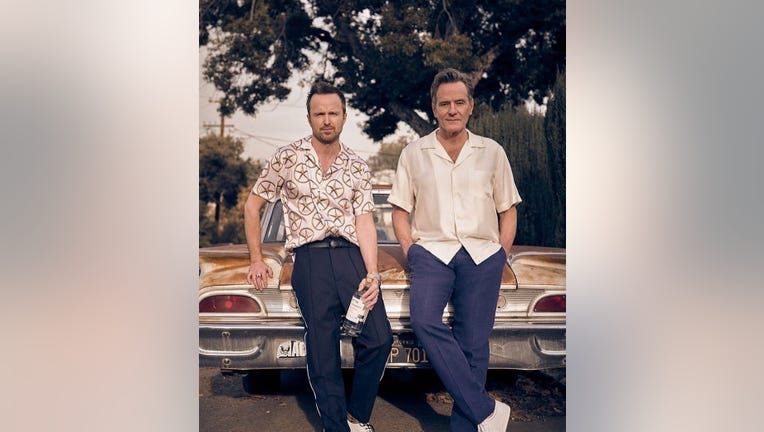 PLEASANTON, Calif. - Bryan Cranston and Aaron Paul, stars of Breaking Bad, will be in Pleasanton Tuesday to sign bottles of Dos Hombres mezcal.

The event, announced on Gene's Fine Foods Instagram, and is set for 3 p.m. at the specialty grocer shop, and is sold out.

Breaking Bad is a crime drama revolving around the making of crystal meth in Albuquerque, New Mexico, which aired from 2008 to 2013.

The pair created Dos Hombres Mezcal after the show ended.

They describe the beverage as a ‘unique blend of the finest Espadin agave, hand-selected from the hillsides of a small village in Oaxaca, Mexico.’

Fans who made it on the list for the event will meet them in person and have their mescal signed by the actors.

The event is expected to bring a lot of traffic to the area, according to the post.