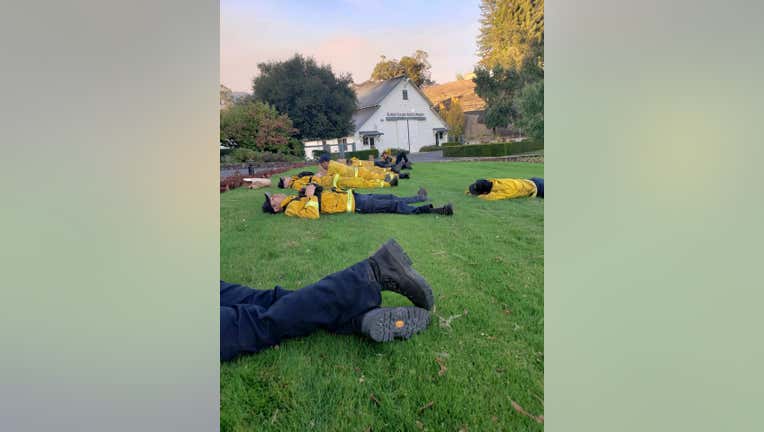 Petaluma firefighter take a nap at the Robert Young Estate Winery after fighting the Kincade Fire for 26 hours straight.

PETALUMA, Calif. - Fires raged across California and millions were left in the dark as utilities shut off power to prevent equipment from sparking more flames because of historic winds knocking down trees and transmission lines.

As of Monday, here is a look at the havoc being wreaked across the state by the numbers:

About 200 National Guard members have been called in to help fight the Kincade Fire. More than 3,000 firefighters are also battling the flames. Oct. 27, 2019