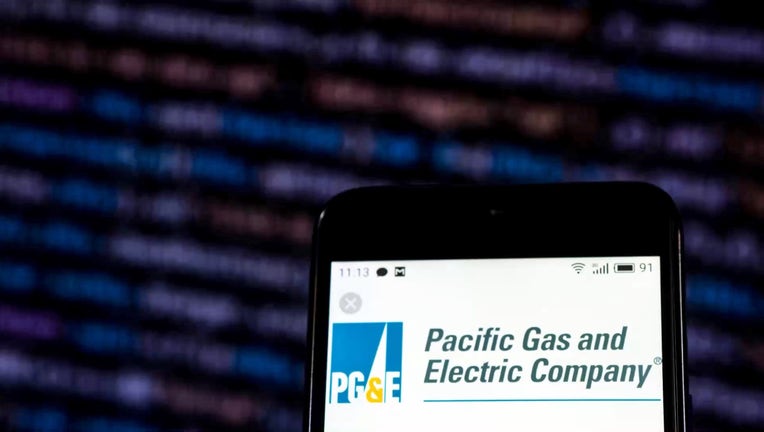 OAKLAND, Calif. - UPDATE (7:20 p.m.) Cal ISO has followed through with a second night of power shutoffs across the state of California, despite telling KTVU earlier in the evening that power shutoffs were not anticipated Saturday.

PG&E issued a statement shortly after 7 p.m. acknowledging they had begun to shut off power in the state to roughly 220,000 customers. The Bay Area is not included in the shut off area, according to PG&E.

KTVU has reached out to officials with PG&E as well as with Cal ISO for comments on the mixed messages.

"We are expecting to cover electricity demand without going to stage emergencies. No rotating power outages are planned for tonight. We are monitoring closely during all days of this heat event. As the grid operator, we are responsible for protecting the stability of the grid and keeping electricity flowing."

California's largest utility warned of a second round of rolling power outages Saturday as a heat wave baking California in triple-digit temperatures continues to strain the electrical system.

Pacific Gas & Electric, which provides electricity to approximately 16 million people in northern and central California, said the blackouts were possible between 5 and 10 p.m., but a final decision will be made later in the day by the California Independent System Operator (California ISO), which manages the power grid.

California ISO ordered the first rolling outages in nearly 20 years on Friday when it directed utilities around the state to shed their power loads.

The state's three biggest utilities — Pacific Gas & Electric, Southern California Edison and San Diego Gas and Electric — turned off power to more than 410,000 homes and businesses for about an hour at a time until the emergency declaration ended 3 1/2 hours later.

The move came as temperatures around the state hit triple digits in many areas, and air conditioning use soared.

The power grid is mostly stressed during the late afternoon and early evening because of higher demand and solar energy production falling. The state tried to prepare for the expected rise in electricity use by urging conservation and trying to buy more power. But a high-pressure system building over Western states meant there was less available.

A power outage caused a pump to fail at a wastewater treatment plant in Oakland, resulting in a sewer backup and the release of some 50,000 gallons of raw sewage into the Oakland Estuary, the East Bay Municipal Utility District said.

The district said the outage began around 5 p.m. Friday, more than an hour before the rolling outages occurred, and sewage began to spill early Saturday. The agency said the sudden outage affected its ability to connect to backup power at the plant and during that time, workers were dealing with flooding while trying to restore power.

The agency warned boaters to stay away from the Oakland Estuary as it investigates the accident.

The state remained gripped by the heat wave Saturday, with several records either tied or broken, according to the National Weather Service.

The last time the state ordered rolling outages was during an energy crisis in 2001. Blackouts occurred several times from January to May, including one that affected more than 1.5 million customers. The cause was a combination of energy shortages and market manipulation by energy wholesalers, infamously including Enron Corp., that drove up prices by withholding supplies.

Counties up and down the state reported scattered outages, although the city of Los Angeles, which has its own power generating system, wasn’t affected.

Temperatures were expected to peak above 110 degrees in inland regions of state Saturday. The sweltering weather was expected to continue into Wednesday across greater Los Angeles, the Central Valley, Sierra Nevada foothills and parts of the San Francisco Bay Area.

San Francisco's Department of Emergency Management issued simultaneous tweets urging residents to prepare for power outages and to protect themselves from the coronavirus during the heat wave.

The scorching temperatures are a concern for firefighters battling blazes that have destroyed several homes and erupted near rural and urban foothill neighborhoods, driving through tinder-dry brush.

In addition to the possibility of heat stroke and other hot-weather illnesses, health officers were concerned that people will pack beaches, lakes and other recreation areas without following mask and social distancing orders — a major concern in the state that has seen more than 613,000 coronavirus cases.

Israel saw a COVID-19 resurgence after a May heat wave inspired school officials to let children remove their masks, Dr. George Rutherford, an epidemiologist at the University of California, San Francisco, told the San Francisco Chronicle.

“People will want to take off their masks when it’s hot,” Rutherford said. “Don’t do it.”

Possible outages Saturday would be one to two hours in duration. No customers should be impacted overnight.

Other power utilities in the state would also be directed to conduct similar rotating outages.

PG&E has provided these tips for maximixing conservation of electricity:

PG&E also offers these tips to stay safe and cool:

This is a developing story, check back for updates on a CAISO's decision.