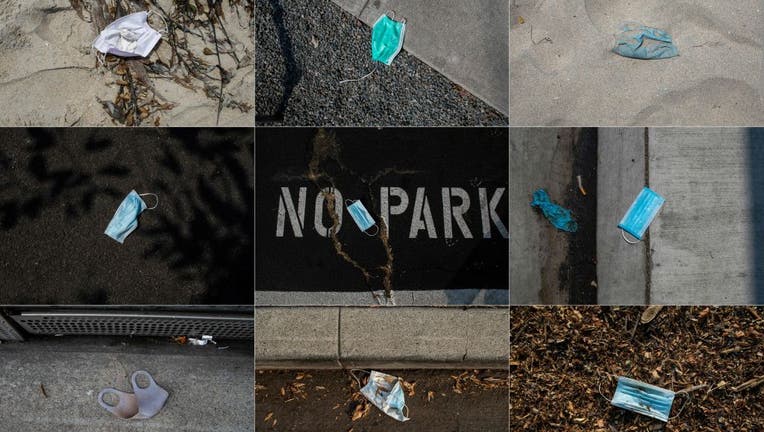 PACIFICA. Calif. - Disposable masks, gloves and other types of personal protective equipment are safeguarding untold lives during the coronavirus pandemic. They’re also creating a worldwide pollution problem, littering streets and sending an influx of harmful plastic and other waste into landfills, sewage systems and oceans.

In Northern California, environmental groups are tracking the issue along the coast — and trying to do something about it.

The Pacific Beach Coalition recently noticed a dramatic increase in discarded PPE on beaches in and around the city of Pacifica, south of San Francisco, where it’s been doing monthly cleanups for nearly 25 years.

Volunteers record what they pick up to gauge what might end up in the ocean. Until 2020, the litter was mostly cigarette butts and food wrappers.

"What are we going to do? We got masks. We got gloves. We got all those hand wipes, the sani wipes. They’re everywhere. They’re in my neighborhood, in my streets. What can we do?" asked Lynn Adams, the coalition’s president.

The group and others are calling attention to the issue, saying what’s recorded is likely only a fraction of the personal protective equipment hitting beaches and oceans.

Larger mammals can ingest PPE, and plastic from the items can disrupt the ocean’s food chains. "They’re all made of plastic," Adams said.

A report last year by the advocacy group OceansAsia found nearly 1.6 billion masks would flood oceans in 2020 alone, based on global production estimates and other factors. OceansAsia said masks could take as long as 450 years to break down.

The Marine Mammal Center, a conservation group that rescues and rehabilitates mammals, conducts research and provides education, said animals can get trapped in discarded PPE, or mistake it for food.

"Obviously, PPE is critical right now, but we know that with increased amounts of plastic and a lot of this stuff getting out into the ocean, it can be a really big threat to marine mammals and all marine life," said the center’s conservation educator, Adam Ratner.

One small thing Ratner suggests is cutting the loops before discarding a mask, which can help prevent animals from getting tangled in them.

Sophia Woehl was among those volunteering in the cleanup at a beach in Pacifica last week.

"We want to keep ourselves safe, but we also want to keep the rest of the environment safe, too, and we’re not doing that right now with just leaving them on the ground," she said. 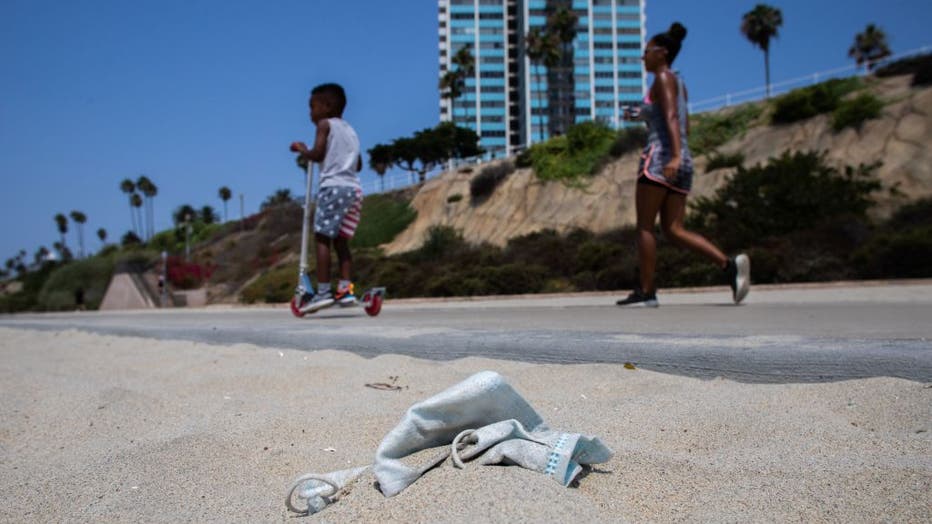