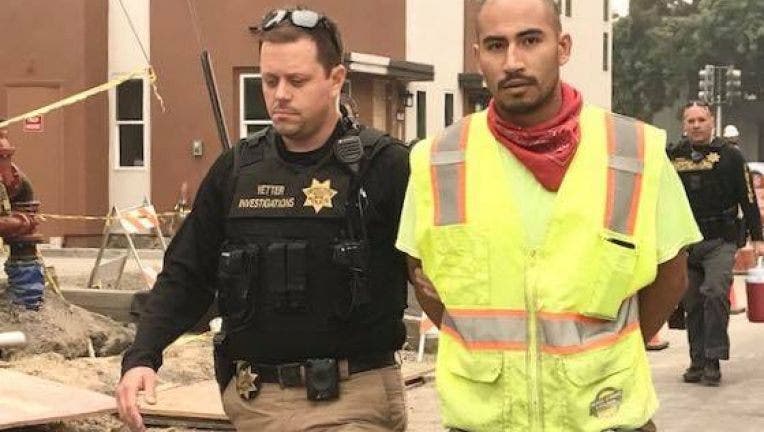 VACAVILLE, Calif. - A man charged with killing a woman in Northern California was arrested Wednesday on suspicion of setting a fire to cover up the crime that spread and killed two other people, authorities said.

County District Attorney Krishna Abrams said he will be charged with additional counts of murder and arson and was scheduled to be arraigned Friday.

Serriteno was already jailed without bail after being arrested last year for the death of 32-year-old Priscilla Castro. Her burned body was found on Sept. 2 near Lake Berryessa.

Serriteno pleaded not guilty to her murder.

Castro vanished on Aug. 16 after failing to return home from a planned date with Serriteno in Vacaville, authorities said. The two had met online.

Two days later, a blaze dubbed the Markley Fire erupted in the area where Castro's body was found and merged with other blazes to become the LNU Lightning Complex, which caused six deaths and destroyed about 1,500 homes and other buildings.

"Based on the extensive investigation, we believe Serriteno deliberately set the Markley Fire in an attempt to conceal his crime," the office statement said.