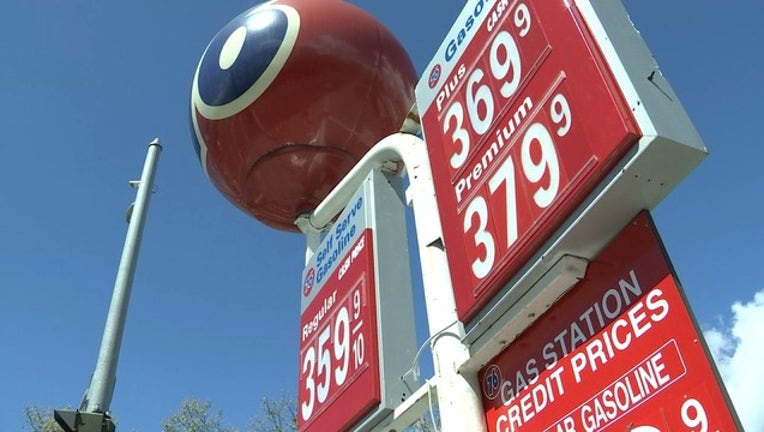 San Francisco has the highest gas prices in the nation. In Emeryville, gas was $3.69 a gallon on May 24, 2018 just ahead of the Memorial Day weekend.

LOS ANGELES (AP) - Californians voted to keep higher gasoline taxes, rejecting a Republican-backed proposal to repeal a state transportation deal that is expected to pour $52 billion into road and transit upgrades over a decade.

With 93 percent of the precincts reporting Wednesday morning, Proposition 6 was trailing with 45 percent of the vote after about 4.5 million votes were counted.

The initiative sought to repeal increases in fuel taxes and vehicle fees that are expected to fund transportation projects throughout the state. It also would have required voter approval for future gas tax hikes.

GOP officials - who hoped the measure would drive Republican turnout in contested state and congressional races - argued that California has grown too expensive and state lawmakers should spend money more wisely.

Democrats and construction industry and union leaders maintained the $5 billion a year in revenues are vital to upgrade California's crumbling roads and bridges.

"California voters were not fooled," said Brian Rice, president of California Professional Firefighters. "It's a tax, it's tough, but I think that they understood what it brings to the state."

"For us as firefighters, it is a matter of public safety," he said.

Democrats have argued that with more fuel-efficient cars drivers don't need to buy as much gasoline as they once did, and that means fuel tax revenues aren't keeping pace with the state's transportation needs.

Republicans said California should use existing revenues to cover road and freeway fixes.

San Diego talk radio host and former councilman Carl DeMaio pushed the initiative after leading a successful recall campaign against a Democratic state lawmaker from Orange County over his vote for the fuel tax increase.

DeMaio said that the ballot title for the initiative - which began with "eliminates certain road repair and transportation funding" - was misleading. The campaign sent mailers styled as election "corrections" to try to convey to voters the measure was a repeal.

"Despite the ill-gotten victory that the politicians have won tonight by stealing votes, by changing the title on our initiative, you have so much to be proud of," DeMaio told volunteers on Tuesday night.

State Attorney General Xavier Becerra - who drafts ballot titles in California - has said that courts sided with him on another gax tax repeal measure with a similar title that didn't qualify for the ballot.

Greg Vargas, a real estate agent from Costa Mesa, said he voted against the repeal because he regularly drives long distances to conduct home valuations and wants decent roads to get there. He said he doesn't worry about spending too much on gasoline because he has a hybrid vehicle.

"I have a Prius, and I'm thinking about getting a Tesla," the 39-year-old said. "I do believe that the more expensive gas becomes, people start thinking of new technology."