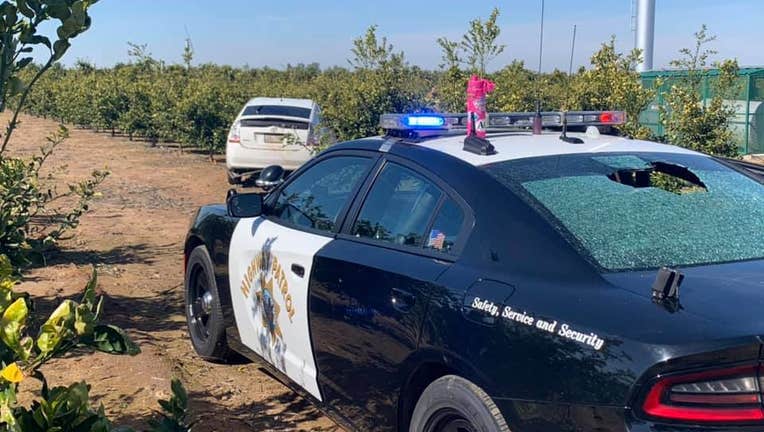 EXETER, Calif. - A California Highway Patrol officer and a suspect were struck by bullets Friday during a shootout in the San Joaquin Valley after a vehicle pursuit, authorities said.

The CHP officer was hit in the shoulder and was expected to survive her injuries, according to the Tulare County Sheriff's Office. The suspect was struck in the upper torso and was taken to a hospital. His condition was not immediately available.

Deputies were called to the unincorporated community of Three Rivers around 10:30 a.m. to respond to a report of a man seen driving down the road with a gun, the sheriff's office said in a Facebook post. Three Rivers is the gateway to Sequoia National Park. 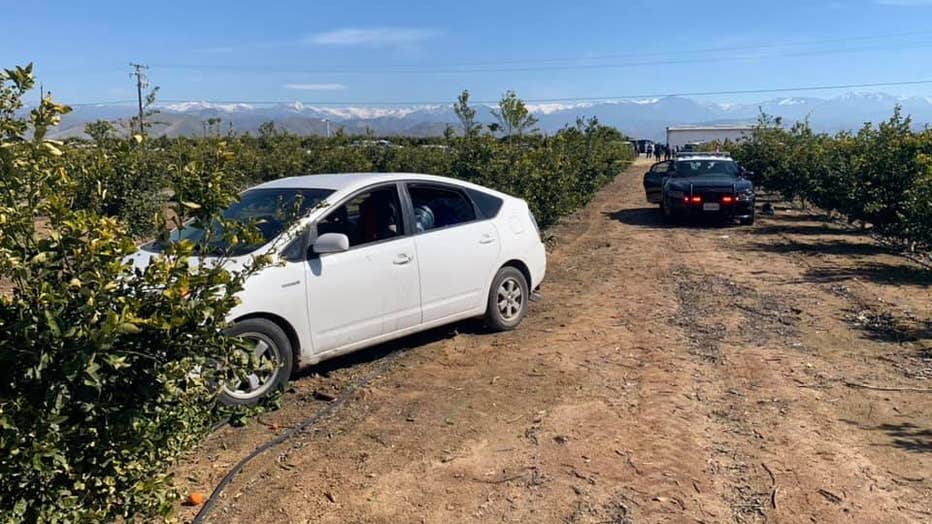 The deputies and CHP officers began pursuing the man's sedan, during which he allegedly began shooting at them through his car window. The car crashed into an orchard and the man jumped out and ran away.

He and the CHP officer were then wounded during a shootout between the man, the sheriff's deputies and other CHP officers.

Exeter is a Tulare County city near the foothills of the Sierra Nevada, about 55 miles (88.51 kilometers) from Fresno.