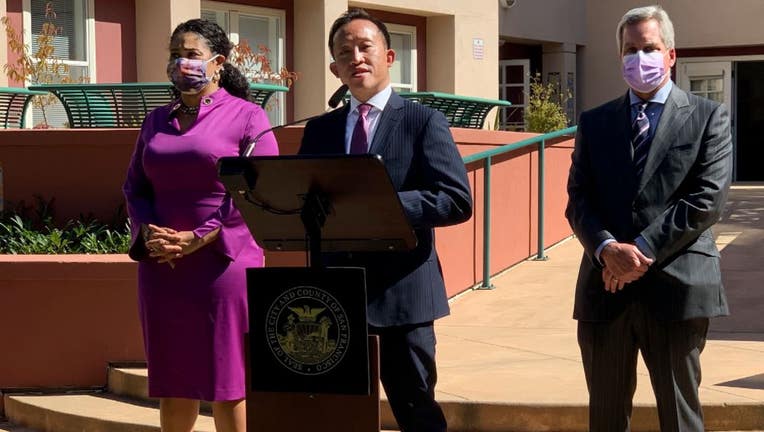 Herrera is set to leave the role to begin his new position as San Francisco Public Utilities Commission general manager on Nov. 1.

"I can't think of anyone better," Breed said of Chiu's appointment during a briefing Wednesday in the city's Mission District.

"He has an extensive career in law, one even before he stepped foot in the world of politics. That's why when he served as president of the Board of Supervisors, he was a consensus builder. He was someone who was dedicated and worked hard to tackle many of the issues that he now continues to tackle in Sacramento, focusing on tenants' rights, focusing on employment rights, civil rights and discrimination," she said.

Herrera said, "While now is a time for a new professional challenge for me, I'm thrilled to be able to leave this office in the hands of someone who is committed to the mission, the values and integrity that have made the San Francisco City Attorney's Office so remarkable for so long."

Chiu, a former San Francisco supervisor, has served in the state Assembly since 2014. In addition, Chiu, who has a law degree from Harvard University, formerly worked as a civil rights attorney and as a prosecutor for the San Francisco District Attorney's Office.

"I am so humbled and grateful for this appointment," Chiu said. "As city attorney, I'm going to fight to make sure we are protecting workers, standing up for consumers, and we are going to hold corporations accountable if they cross the line."

Once Chiu begins his new role as city attorney, Gov. Gavin Newsom will call for a special election to be held within 140 days to find a new state Assembly District 17 representative.

During his time as city attorney, Herrera's office launched its own investigation alongside the City Controller's Office into city corruption starting with the arrest of former San Francisco Department of Public Works Director Mohammed Nuru on suspicion of wire fraud back in January 2020.

While the federal investigation kicked off by Nuru's arrest resulted in federal charges for nearly a dozen others, including Kelly, Herrera's own investigation into city corruption has resulted in, among other actions, two separate settlements with Recology, one for $36 million and another for $100 million, as well major changes for the city's Department of Building Inspection.

"Our investigations continue, and irrespective of whether I'm in that office or not, they will continue because these types of investigations are made up of not necessarily the folks at the top. We have some of the most dedicated legal professionals anywhere, veterans of U.S. Attorney's Offices and other agencies that are committed to this work," Herrera said. "That work has not slowed down at all, it will not slow down, and it will continue."