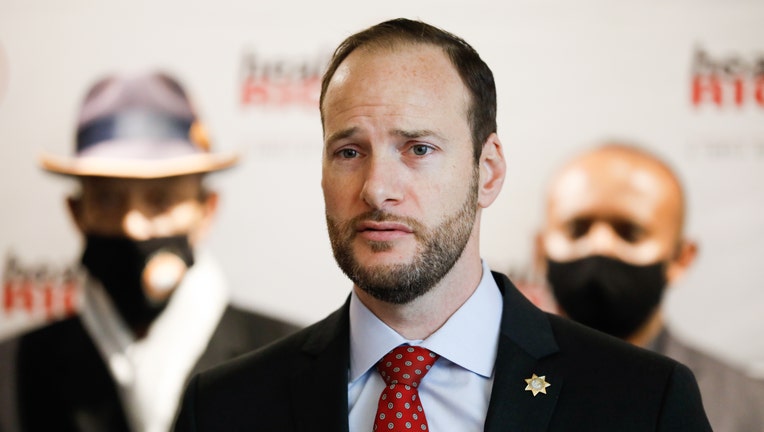 More than two-thirds, or 68%, of the 800 likely voters surveyed say they will vote yes to recalling the embattled Boudin, according to EMC research. Boudin has faced criticism for increased crime in the city.

A majority of the people surveyed, 74%, also had an unfavorable opinion of Boudin and 78% gave Boudin a negative job performance rating.

In terms of crime in the city, over two-thirds of the people surveyed think that crime got worse than the year before and are especially concerned with issues such as "car and home break-in, public drug use, and violent crimes," according to the poll.

Boudin and city police officials have been openly hostile to each other. Boudin has criticized the police department for using DNA collected from a rape victim to connect her with an unrelated crime. The police department, meanwhile, ended an agreement that allowed the DA's office to investigate allegations against cops of excessive force.

The poll was conducted by Oakland-based EMC Research from Feb. 17 to Feb. 21, 2022. The surveys were done in a mixed mode of "telephone and email, and text-to-web" and were offered in both Chinese and English. The poll was commissioned by recall organizers, according to SF Gate.

The election to recall Boudin will take place in June 2022.