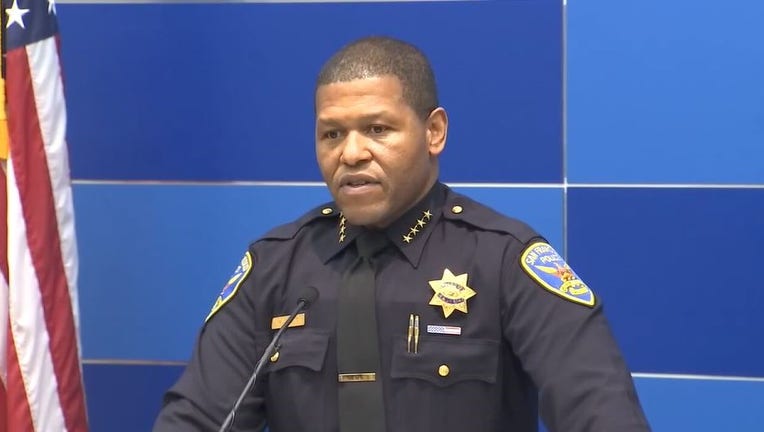 The agreement, or memorandum of understanding, was signed in 2019 and made the district attorney's Independent Investigations Bureau the lead agency in investigating officer use-of-force cases to avoid possible conflicts of interest with the police investigating themselves.

But Scott pulled the plug on the agreement following testimony last week from district attorney investigator Magen Hayashi, who said she was pressured by prosecutors to remove exculpatory information from an arrest warrant against Officer Terrence Stangel.

Stangel was charged with several crimes including assault for beating Dacari Spiers near Fisherman's Wharf in October 2019 after officers were called to the report of a domestic assault.

"It appears that the DA’s Office has an ongoing practice of investigations against SFPD officers that includes withholding and concealing information and evidence the SFPD is entitled to have to further ancillary criminal investigations in accordance with the MOU," Scott wrote in a letter to District Attorney Chesa Boudin.

Rachel Marshall, a spokeswoman for the district attorney's office, responded in a statement, highlighting the importance of the agreement that came after several high-profile deadly police shootings, including the 2015 killing of Mario Woods.  She also referenced the police killing of Nelson Szeto at San Francisco International Airport, in which Szeto was shot while holding replica firearms in an apparent suicide-by-cop incident.

"It is disappointing but no coincidence SFPD chose to withdraw from this agreement during the first-ever trial against an on-duty San Francisco police officer for an unlawful beating," Marshall said in the statement. "SFPD’s decision comes a week after an SFPD fatal police shooting in which police falsely characterized the decedent as being in possession of a firearm and weeks after a criminal case was dismissed after officer excessive force came to light. San Franciscans deserve to be safe —including from unwarranted police violence."

The case against Stangel is the first of four cases against police in on-duty use-of-force incidents charged by Boudin since he took office in January 2020.

Last week, Hayashi testified in a pre-trial hearing that the prosecutor in the case against told her to remove parts of an arrest warrant affidavit for the officer that described Spiers abusing his girlfriend before police arrived at the scene.

"I was told to remove sections – that it wasn’t relevant," she said, adding that she felt pressured to sign the amended warrant and that "It was a general understating if you don’t sign these things, you’ll be fired."

Her testimony came after Stangel’s attorneys filed a motion to dismiss the case saying that Hayashi didn't assist in the SFPD's investigation against Spiers before Boudin took office.

Judge Teresa Caffese questioned whether the evidence omitted from the warrant would have affected the case and said opening statements would begin on Monday.

Nevertheless, the case has escaped the confines of the courtroom and is now at the center of city politics. The Board of Supervisors on Tuesday postponed a planned $700,000 civil settlement for Spiers after Supervisor Catherine Stefani brought up Hayashi's testimony during the board's weekly meeting.

"I do not feel comfortable approving this settlement given how many significant issues remain unresolved and given the light that was shown on this case when the DA investigator testified in open court," Stefani said during the meeting.

Scott's announcement Wednesday also comes as he faces mounting pressure from his own rank-and-file who are set to hold a meeting Thursday to discuss a possible "no-confidence" vote against the chief.