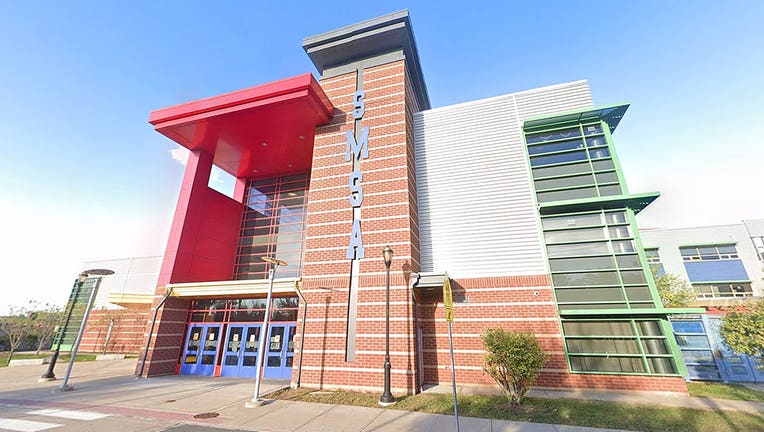 Police arrived at Hartford’s Sport and Medical Sciences Academy to find paramedics already applying CPR on a teen who appeared to have been exposed to fentanyl.

The teen and two other boys who complained of dizziness were rushed to Connecticut Children’s Medical Center, police said. The one who lost consciousness was listed in "guarded condition" while the other two were taken for evaluation.

"It is believed that the three juveniles came into contact with the fentanyl at the same time," police said in a statement.

The school issued a "Code Yellow" lockdown and had students shelter in place as drug dogs swept the school.

Hartford police declined to release the victims’ names because they are all juveniles. The school's principal did not immediately respond to a request for comment.

Anyone with information on the source of the drugs is asked to call Hartford police at 860-722-TIPS.

Fentanyl is deadly even in small doses, according to the National Institutes of Health, and synthetic opioids like it are the leading cause of overdose deaths in the U.S.

Fentanyl can be 50 to 100 times more potent than morphine, according to the NIH. It is sometimes mixed with other drugs, including cocaine, methamphetamine and MDMA, which can lead to deadly accidental overdoses in people who do not even realize they’re taking it.

It's so potent that on occasion, police officers inadvertently touching the drug with their fingers have overdosed while responding to drug-related calls.

In July, a California deputy trainee collapsed after finding drugs in a car in an incident caught on bodycam. His partner saved his life with a dose of Narcan – an antidote to opioid overdoses.

Fox News’ Sarah Rumpf contributed to this report. Get updates on this story at FOXNews.com.